Man Who Was Arrested For Defiling A Mentally Challenged Girl In A Bush Released, Reason Revealed

A court has acquitted the case of a man who was accused of Defiling 14 year old mentally challenged girl.

According to the reports given by a reliable source of information, it has been revealed that the deceased who has been identified as Kiprop was arrested by police officers after the mother of the victim reported the issue to the Police.

Revealing what happened, the mother of the victim said that she did this after receiving a report from a witness who allegedly saw the suspect coming out of a maize plantation along with the 14 Year old girl.

However, according to the reports given by Judge, she claimed that she had to let the suspect go due to the fact that prosecution didn't give enough proof. Reports have revealed that the victim told her mother that the suspect put something in her genitals.

This however didn't satisfy the judge due to the fact that there was no evidence on what the man put in her genitals.

While reacting to this incident, kenyans who took to their different social media accounts to express their opinions and suggestions on the matter have called upon the inspector General of police to do something about the increasing cases of Defilment and rape on the country.

According to the reports given by most Kenyans, they claimed that it was so unfortunate that the government is yet to do something about these cases despite the fact that Alot of people are currently being infected with different STIs all over the country. 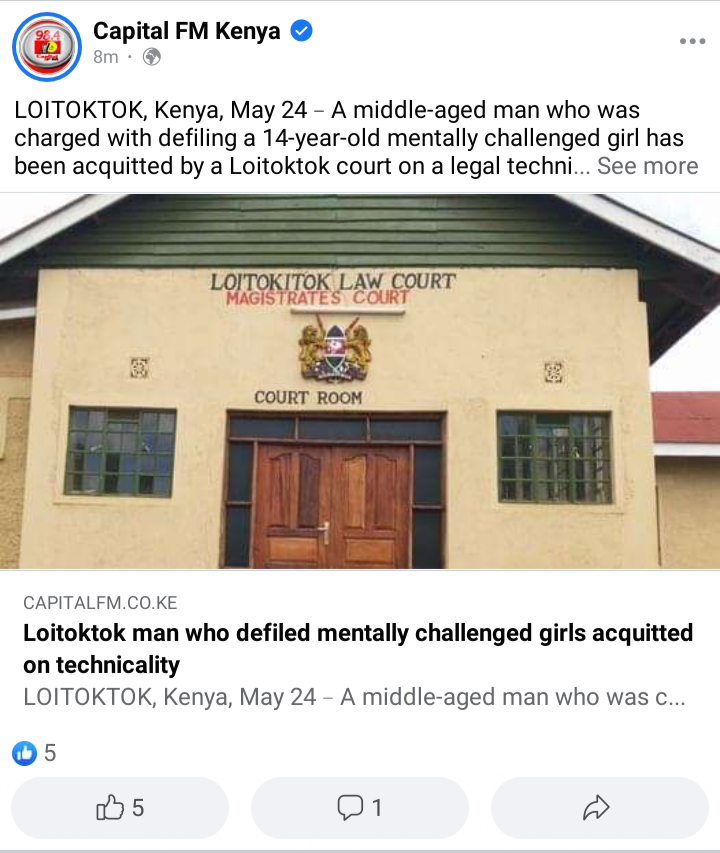