By HASSANASUMAN | self meida writer
Published 26 days ago - 37861 views 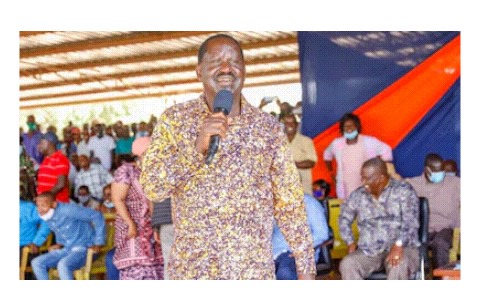 Orange democratic party leader Raila Amollo Odinga is on a four day tour at Turkana county. The former prime minister is in the region to make building bridges initiative amendment bill popular in the region. He received heroic reception from leaders in the region after landing with his chopper.

Raila Odinga has cleared the air over his 2022 presidential bid. He has been quiet on whether he will vie for presidency or not. He has lost his key co-principals of NASA who have decided to have their own coalition. His silence is a blow to him because this has enabled DP Ruto to venture to his regions and this has seen Ruto snatch Raila's followers. If he will decide to be on the ballot he may struggle alot to get his followers back and again in search of key leaders to form a strong alliance that can stop Ruto.

Speaking today at Northern region of Kenya today, Raila has stated that he will not state his position in next year presidential bid until BBI passes. 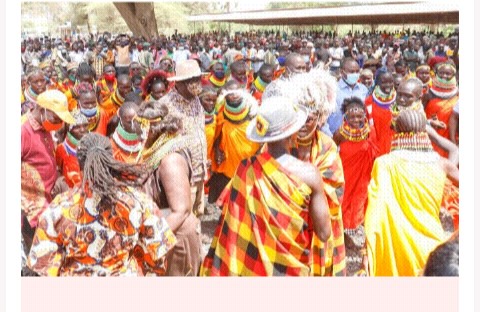 " Kabla BBI haijapita sisemi kama Mimi nitasimama ama kama Mimi sitasimama.", This has caused mixed reactions from various people in social media. His sentiments have lost the confidence he has in Kenyans. This clearly shows that he BBI passes he will vie for then if it fails he won't.

In social media, Kenyans reminded Raila Odinga over what happened in msambweni. He had stated that msambweni politics have a greater bearing in BBI. If he loses, he said that this would affect negatively the BBI. His candidate failed.

Content created and supplied by: HASSANASUMAN (via Opera News )