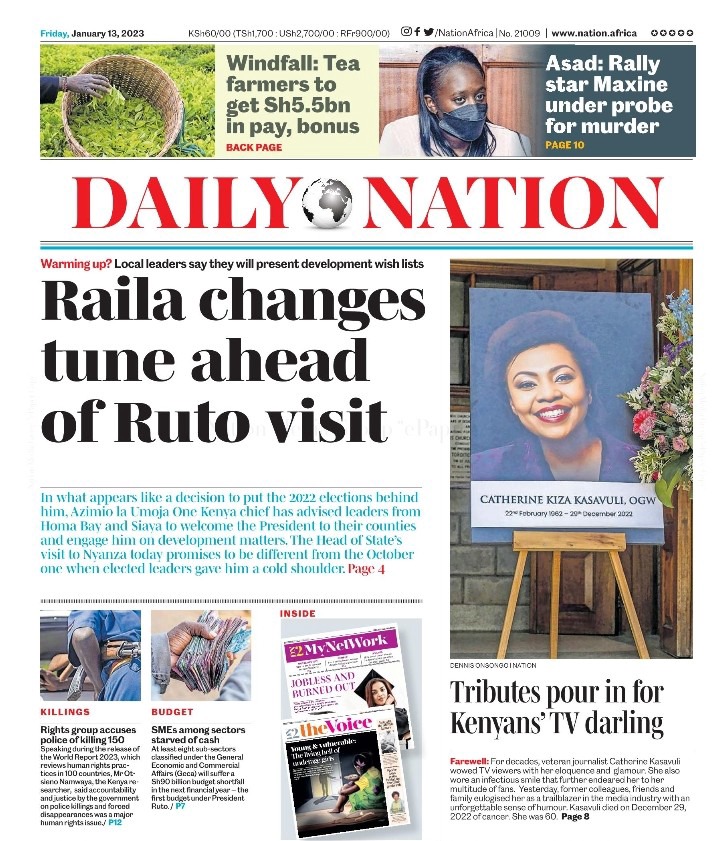 A requem mass for the Late TV personality Catherine Kasavuli that took place yesterday in Nairobi saw leaders and media personalities giving their tributes with journalists terming her as a trailblazer.

The late screen Siren whose infectious smile and humor will forever remain unforgettable died after a long battle with cancer in December last year.

In another story, tea farmers who supply their produce to Kenya tea development authority are set to reap big following the latest move from the government.

It will be a moment to remember when the farmers who have been demaralised by poor pay will receive KSH 5.5 billion in bonuses.

And finally, the rally driver Maxime Wahome is now under investigations for murder whereby police are keen on charging her for murdering her friend.

She stands accused for the death of the late rally driver Asad who sustained serious injuries following a confrontation. 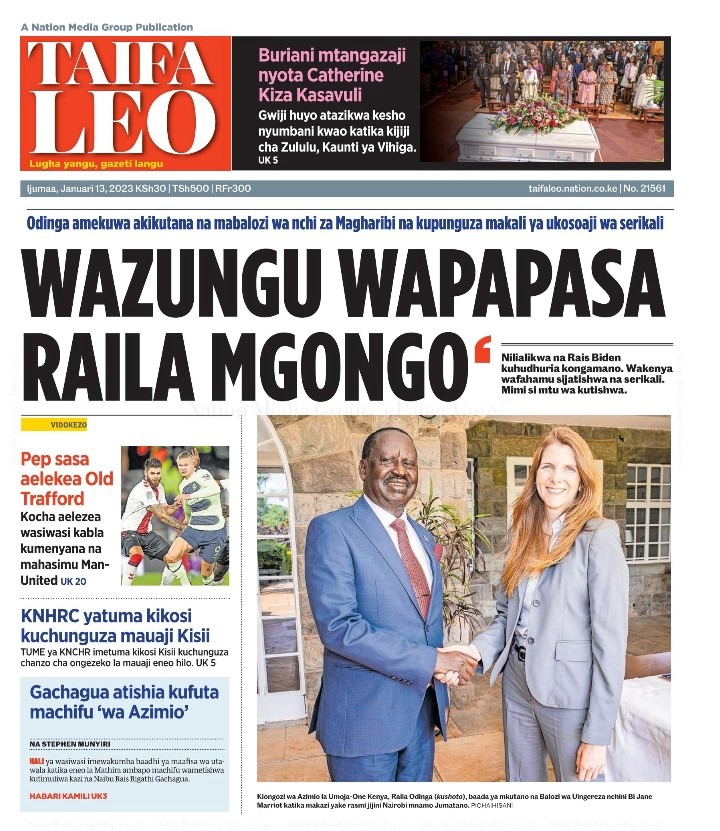 Taifa Leo: Diplomats offer Raila a shoulder to lean on.

According to the paper, his frequent interactions with foreign Diplomats can be credited for his change of tune.

Mid last month, the Azimio boss had to call off the planned parallel jamuhuri day celebrations at jacaranda after it emerged that he would be touring the united states of America for an official visit.

Later on, Raila revealed how he was officially invited by president joe Biden and later on he was joined by the head of state William Samoei Ruto.

In another story the Kenya human rights commission has sent a team to Kisii to investigate the frequent killings that have rocked the region in the recent past.

Among the most recent killings include the one of a headteacher whose body was found in a kitchen house belonging to a nurse. 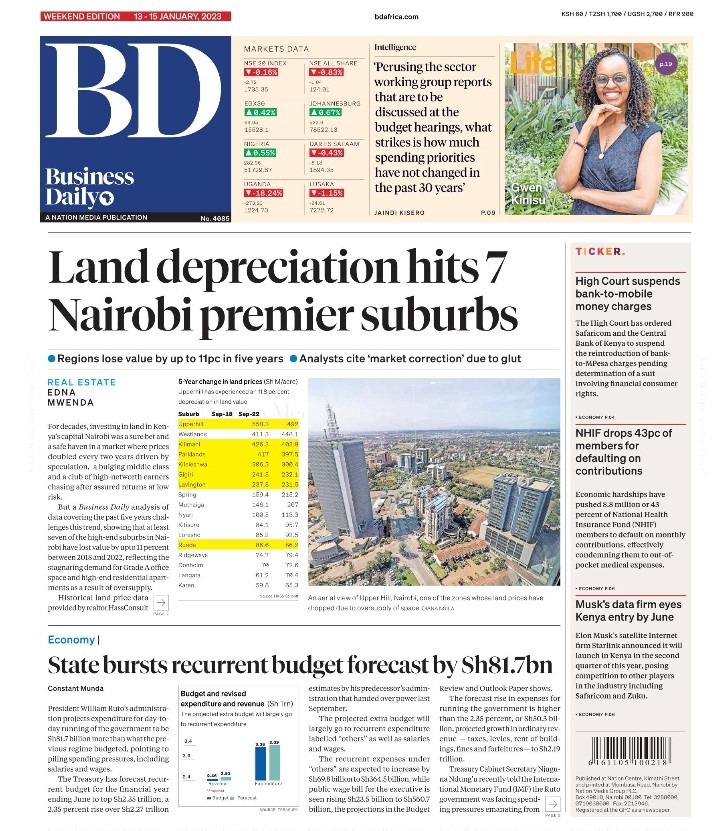 For the long time now, investing in land has been the safest venture with promising returns.

However, in the recent past, a research by business daily has revealed that the trend has changed with prime property in leafy suburbs depreciating by 11 percent. 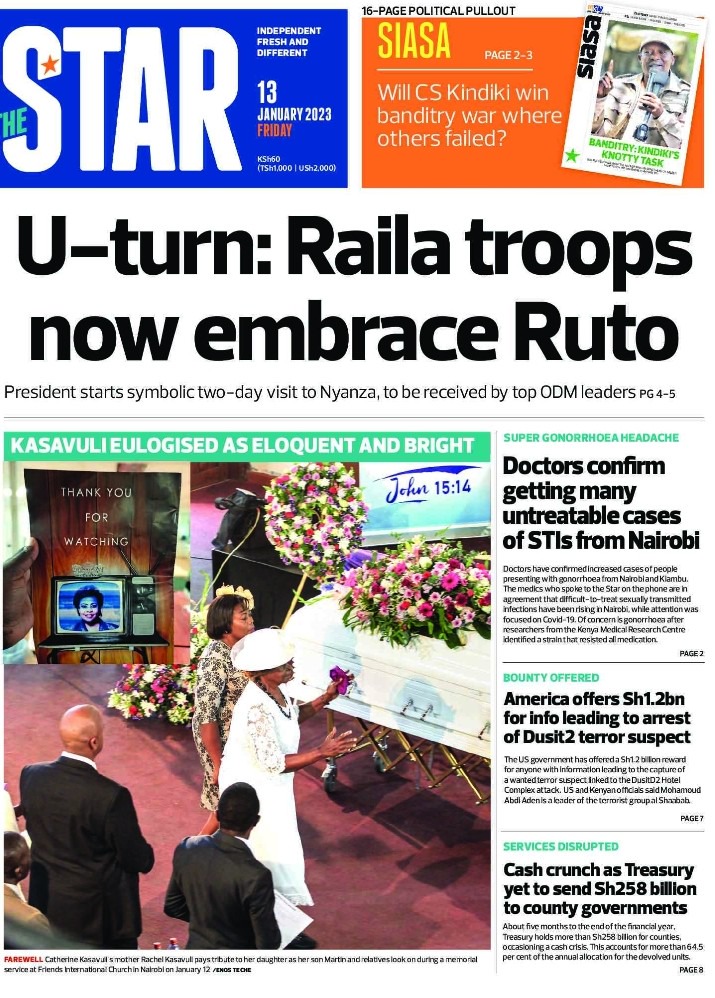 The president of the republic of Kenya William Samoei Ruto is set to tour luo nyanza starting today.

Contrary to the cold reception he received last time he was in Homabay, the head of state is set be welcomed warmly with local leaders set to put their political differences aside.

Ruto will be in Homabay before touring siaya which is the political bedrock of the veteran opposition leader Raila Odinga. 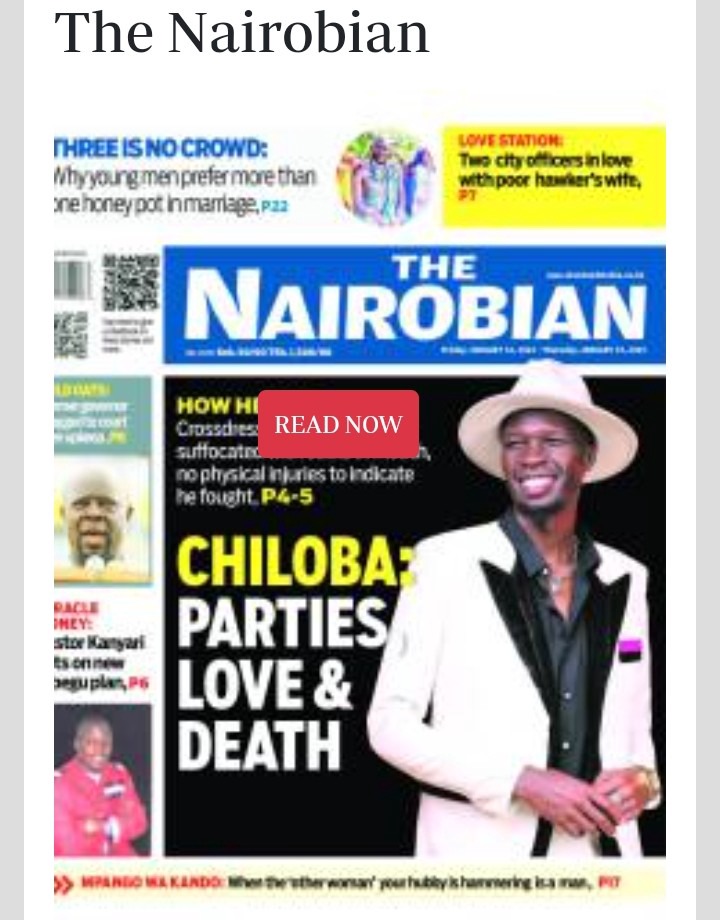 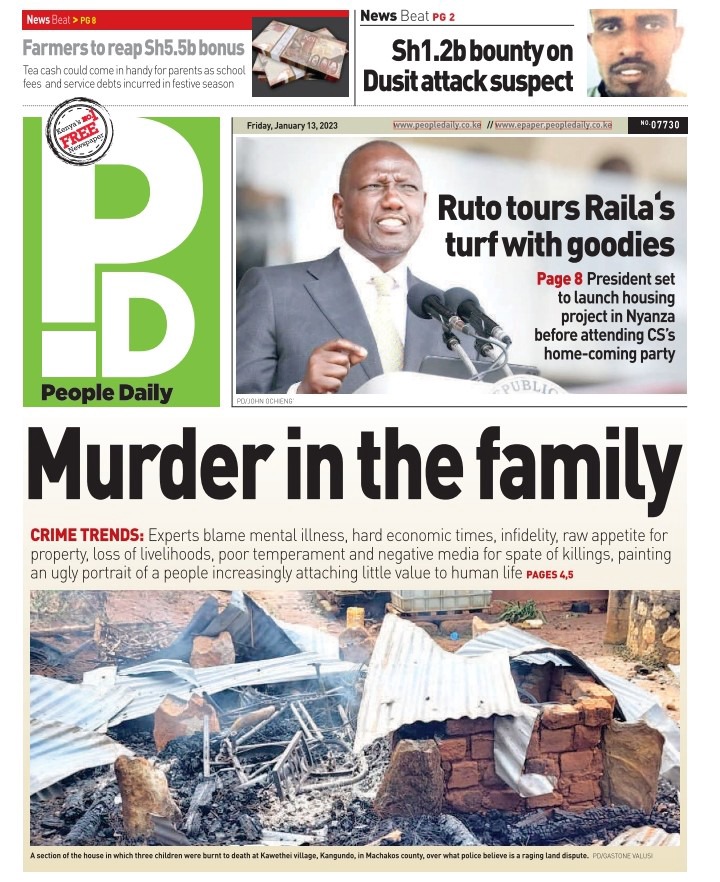 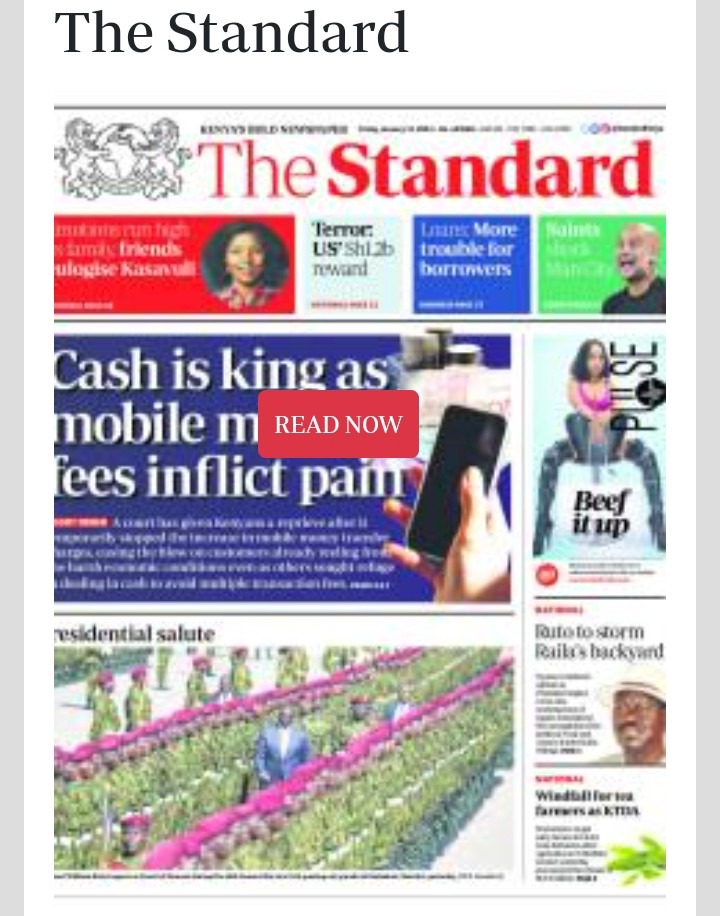