Before Germany's Euro 2020 Match Against England, Kai Havertz Teases His Future at Chelsea 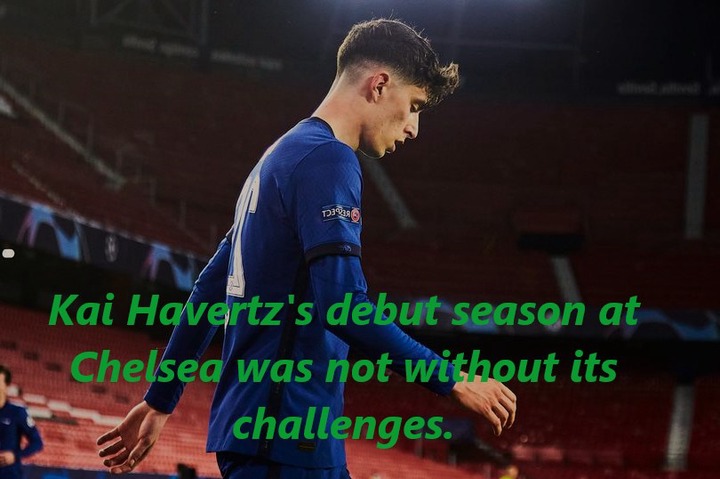 Kai Havertz confesses that he and Germany teammates Timo Werner and Antonio Rudiger would likely speak with England talents Mason Mount, Reece James, and Ben Chilwell, who are Chelsea teammates, ahead of tomorrow's Euro 2020 round of 16 matches between the two countries.

During the group stage of the competition, Havertz has established himself as one of Die Mannschaft's standout performers, having assisted on four of Germany's six goals.

Rudiger, on the other hand, has been a constant in Joachim Low's back three, whereas Werner has only been deployed as an impact substitute.

Mount started the first two group games for England, but after speaking with Blues teammate Billy Gilmour – who tested positive for Covid-19 – following the 0-0 draw with Scotland at Wembley, he was forced to self-isolate alongside Chilwell for 10 days.

Tonight, Mount's solitude will come to an end, and there's still a chance he'll start the battle against Germany. Reece James, who played 90 minutes against Scotland, could possibly make his second appearance in the tournament.

The road to the round of 16 for England was significantly smoother than Germany's. Low's team would have been eliminated at the group stage if Leon Goretzka's late goal against Hungary had not saved them.

However, considering the two countries' long-standing animosity, form is likely to be thrown out the window tomorrow evening.

And Havertz has confessed that texts will most certainly be exchanged amongst Chelsea players prior to the game.

During his news conference on Sunday, Havertz remarked, "Timo, Toni, and I get along very well with the three Chelsea players [in the England squad], so there is constant contact."

"It's obvious that you have a little talk before the game. It's not like we communicate every day, but you occasionally send each other text messages before a game like this."

Havertz came into Euro 2020 after scoring the game-winning goal for Chelsea in the Champions League final against Man City. It was the perfect way for the striker to cap off a difficult debut season at Stamford Bridge.

Havertz was signed for £70 million from Bayer Leverkusen last summer, with the idea that he, together with Werner, would turn the Blues from top-four contenders to Premier League title contenders. That was not the case.

Frank Lampard utilized Havertz in midfield until contracting Covid-19 in November. He was bedridden for a week as a result of the virus, and the German international has acknowledged he has been experiencing the consequences for more than a month.

"It took a few weeks for me to feel 100 percent on the training ground again — four or five weeks. It affects you hard during that time, therefore the aftereffects were severe."

The restrictions imposed across the United Kingdom as a result of the pandemic made it difficult for Havertz to adjust to life in England. His everyday routine consisted of going to Cobham for training and then returning home. There was limited opportunity to see London.

Havertz, on the other hand, is hoping for a change in the coming years, which could indicate that he will happily stay at Chelsea in the long run.

He admitted, "I haven't seen much of London yet." "When you go home after training, you are relieved to be able to spend the day at home. But I'm hoping that London will provide me with a lot of enjoyment in the years ahead."

Content created and supplied by: lizkk (via Opera News )