By Bonge_blog (self media writer) | 29 days ago

Uganda's president Yoweri Kaguta Museveni has reportedly summoned Members of Parliament (MPs) affiliated with the National Resistance Movement (NRM) party to discuss whether the bail for murderers should be abolished.

Recently, President Museveni argued that bail should not be given to killers by any court in Uganda where he suggested that for the justice of the victims, killers should be subjected to judgement.

"For somebody to kill a person and you give them bail is a provocation. It is abominable. I would like us to cure this ideological disagreement. This bail, what is the hurry? Who are you trying to please?" Museveni posted.

Reports have then indicated that the president has summoned his party lawmakers for a meeting so that they can discuss whether the idea should be passed or not.

Museveni's proposal came amid tension in Uganda where many people have been reportedly kidnapped while their whereabouts remain a nightmare. Over the last 9 months, hundreds of people among them being supporters of opposition parties in Uganda have been reported missing. 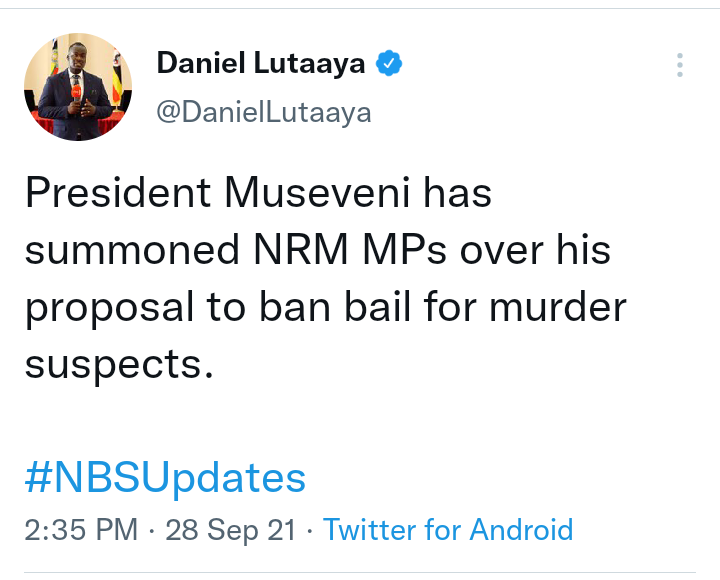