Over the past few weeks, political temperatures in the country has been on the rise. This is because of Looming BBI referendum whereby Uhuru and Raila are drumming up Support for the document while Dp Ruto allies are busy blasting it. 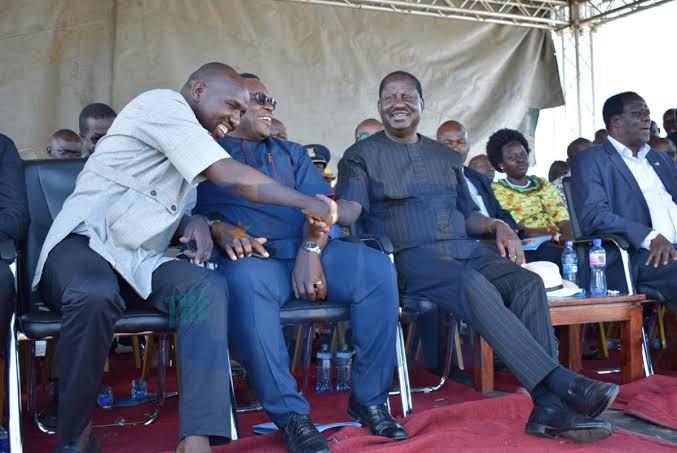 Raila and his allies have kept calling on Dp to resign from Government alleging that he has failed in in his role. President Kenyatta has also been rubbing shoulders with his deputy.

In one of his latest Twitter post, Controversial Tangatanga Senator Hon Kipchumba Murkomen, has hit out at Odinga's allies. In his message, Murkomen, says that 'the Political brokers hanging on Raila's coat are waiting for endorsement from their boss without working for themselves'. He has since warned and urged them to respect Raila. See the screenshot below.

Murkomen's comments comes at a time Dp Ruto, while Speaking in Isiolo rubbished allegations that he does not respect President Kenyatta.

Below are some comments from Kenyans;

Dominic Neto; I thought Raila has been the broker according to you Heheeee change of time

Team Ruto; Wait until Raila Odinga retires from active politics, many of them including Deputy party leaders,Sec gen and Chairman they will become Political orphans. And it will be history for them.

Verify; Ask William ruto and tangatanga minions, you included to respect baba also, not standing in rallies and blaming baba for whatever is happening in jubilee. You are preaching water and sipping wine!

Tess; Huyu ni wewe kweli? What about those who blame Baba for all their misfortunes?

Innocent Kubebea; Leave Baba alone he is not in your league! Let him endorse whoever he feels if that will be the case! Pilipili usio ila ya kuashia ni?

Mukamu Junior; i agree with you 100%. the likes of kalonzo and mudavadi, their work is rotating at their home based tribes waiting uhuru to hand over power to them. 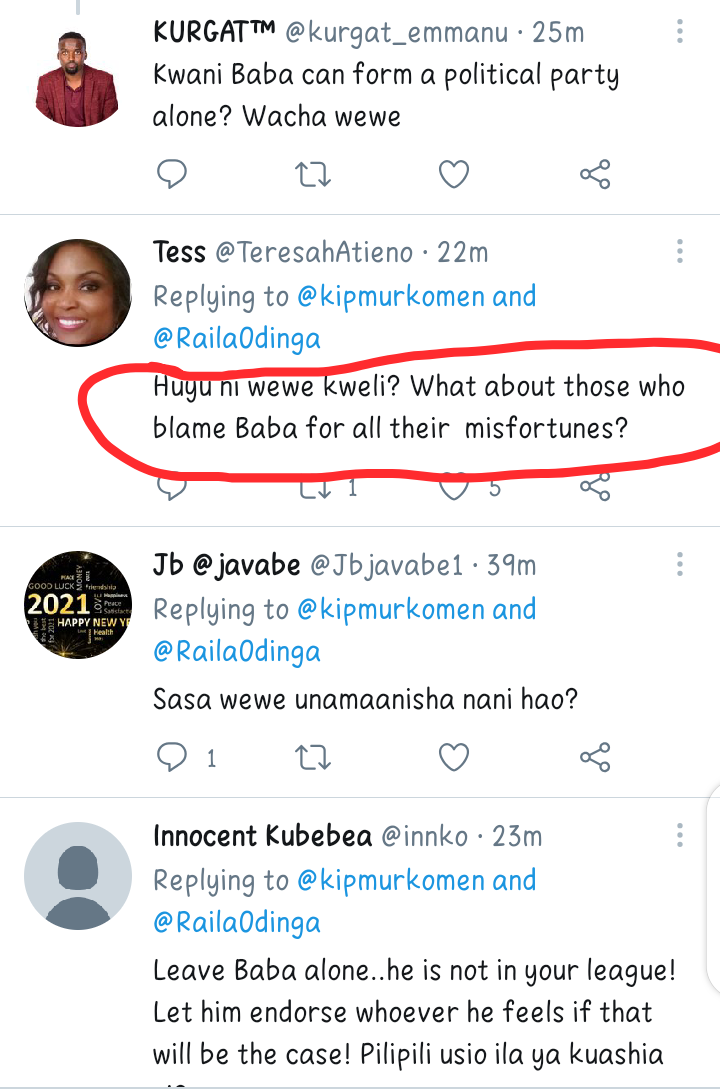