By Otieno-Onguko (self media writer) | 14 days ago 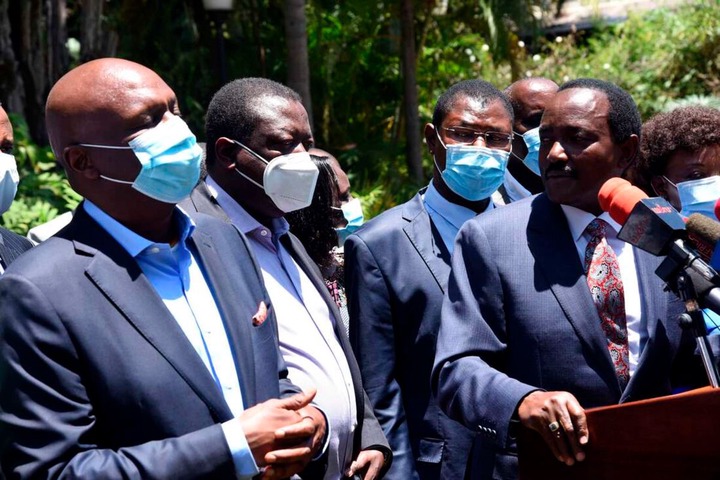 None of the One Kenya Alliance co-principals will be in next year's race to succeed the outgoing President Uhuru Kenyatta, former Mukurweini Member of Parliament Kabando Wa Kabando has said.

This is even as the top politicians who make up the alliance maintain that they will be in the contest, with three, excluding KANU leader Gideon Moi, making it clear that they are not intending to drop off.

But Kabando says that more of what happened in Bomas yesterday, when Moi was endorsed by his party to go for it, will be witnessed in the coming days, but the leaders will ultimately drop off the race.

He has predicted that the four will ultimately back ODM boss Raila, who will however be seen attending their presidential candidacy declaration events before including them in his ultimate lineup. 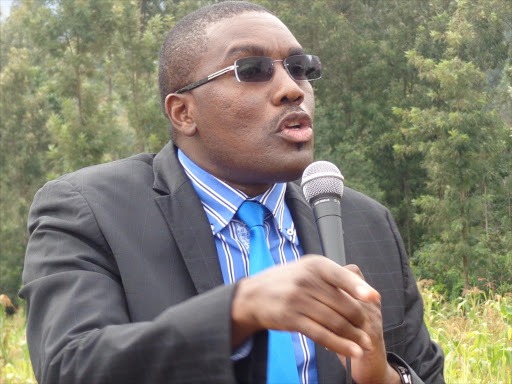 "OKA's Gideon Moi, Kalonzo Musyoka and Musalia Mudavadi will all declare individual ventures. Raila Odinga will attend all curtain raisers. And then, EXPECTEDLY, RAO will attach their miniature flags to his, for titanic faceoff w/ William Ruto," says the former Assistant Cabinet Minister.

Prior to yesterday's happening, allies of Raila; ODM National Chairman John Mbadi and Secretary of Political Affairs Opiyo Wandayi had said that there are ongoing coalition talks between ODM and KANU.

The OKA team has also been reportedly under pressure to drop it's hard stance and join Raila, hence the President's meetings with them and Raila at the Mombasa State Lodge.

He is reportedly trying to unite the opposition against his own deputy William Ruto, whom he seems to have decided is not the best man to succeed him, even after having promised to support him earlier.