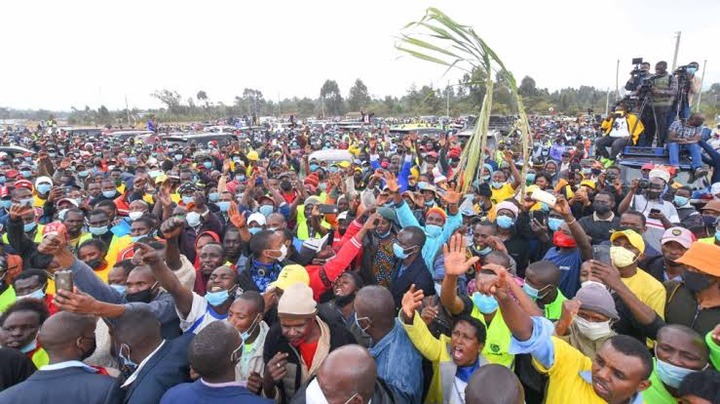 Herman Manyora through his YouTube channel has stated that soon Ruto's crowd is likely going to abandom him. Herman Manyora added that despite the fact that currently Ruto is the popular candidate to win the Presidential elections incase the election was conducted today.

"A time is coming when Ruto's crowd will abandon him. https://t.co/wH57nRUW4p", reads a tweet from Herman Manyora.

Manyora has affirmed that soon the dynamics are going to change towards Raila Odinga who is set to declare whether he will be on the battle on the 10th December.

According to Herman Manyora Ruto is likely to make some blunders towards the elections which will make the crowd supporting him to abandon him.

Giving his reason Manyora stated that e Husler narrative would be not easily be successful.