Estoril are enjoying a fine season in the Primeira Liga despite being tipped for relegation in many quarters after returning to the top-flight after a three-year hiatus.

Given Estoril’s relatively small club stature, there is value in the home win here which could be worth taking on given the disparity between their form and Santa Clara’s. Notably, Estoril picked up just six of their 20-point haul at home, but what better time to improve on that than against a Santa Clara side yet to win away from home?

Keep an eye on the early flow of the game as all of Santa Clara’s 11 league games this season ended with the same result as that of half-time. As such, they will need to avoid an early capitulation to get anything from this.

Even if they do hold out for a while, we predict Estoril to come through the woods smelling of roses, metaphorically speaking. just two of Santa Clara’s 23 conceded league goals came within the opening 30 minutes this season, while three of Estoril’s five league wins came following a drawn first-half. 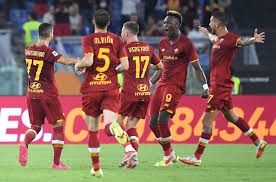 Chelsea Have Reportedly Submitted an Offer for Their First January Signing, Agent Expected for Talks