By SteshaChichi (self media writer) | 19 days ago 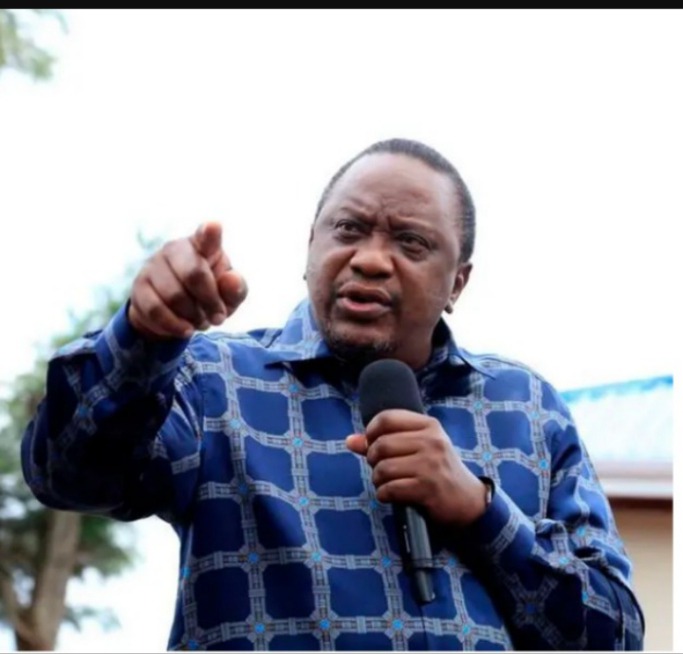 President Uhuru Kenyatta is the the fourth president of the republic of Kenya. He rose to power in 2013 after defeating orange democratic party leader Hounerable Raila Odinga and other presidential candidates who were seeking to succeed Mwai Kibaki. Despite the fact that he was fighting for freedom at an international court, that didn't stop him from achieving his dream which he tried in 2002 but failed terribly.

Well, far from Politics president Uhuru used to live a normal life like any other citizen. Through the video shared online. The commander in chief revealed how he used to sell vegetables in Nairobi. He claims to had started his company with a single pick-up where he used to ferry Vegetables from Meru county and other places and sell them to Nairobi residents. He continued by saying that, he built that company for almost ten years before selling it handsomely to someone hence making huge profit from it.

"Exactly! That's what bottom up economy is all about climbing up the ladder from the bottom and end up some where at the top" posted David.

"At least Uhuru has thousand acres of land. He could afforded to harvest thousand tonnes of vegetables." Posted Debra. 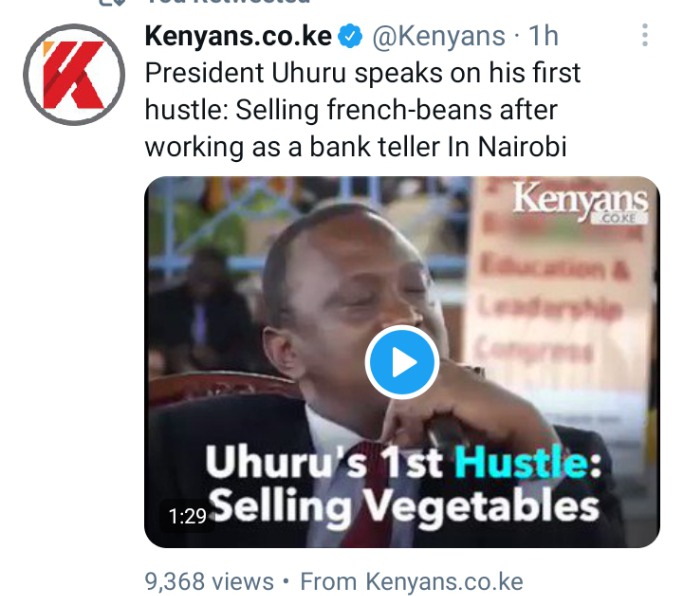 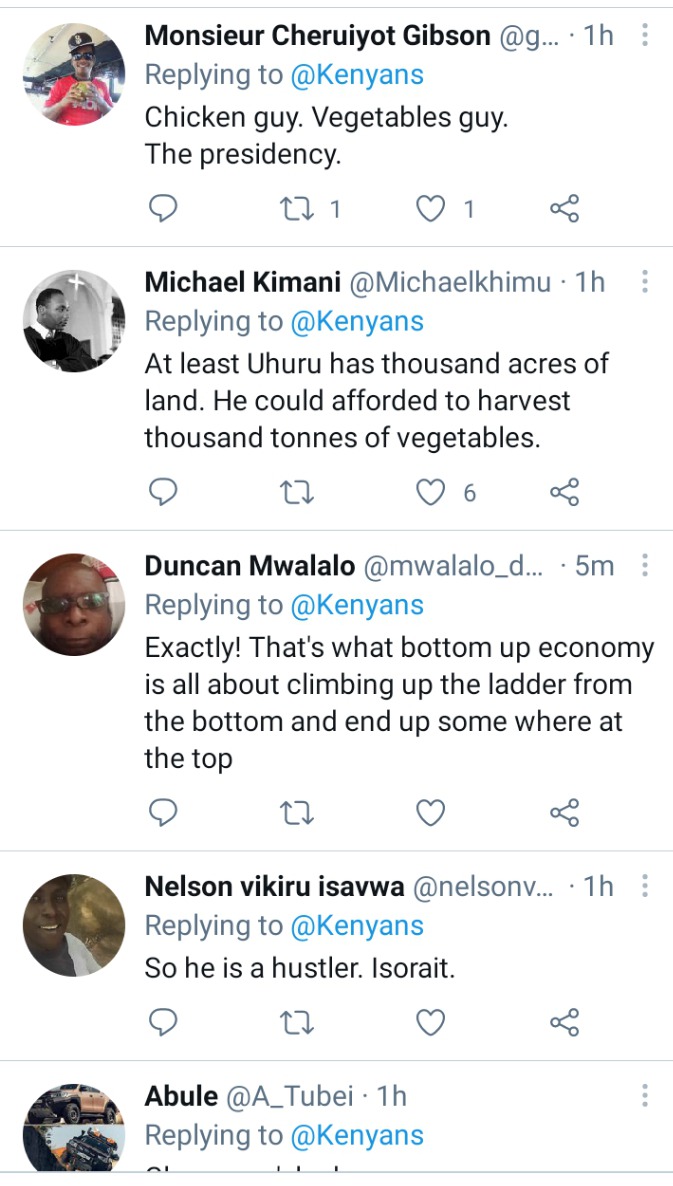