By Felicis.Marshall (self meida writer) | 5 days 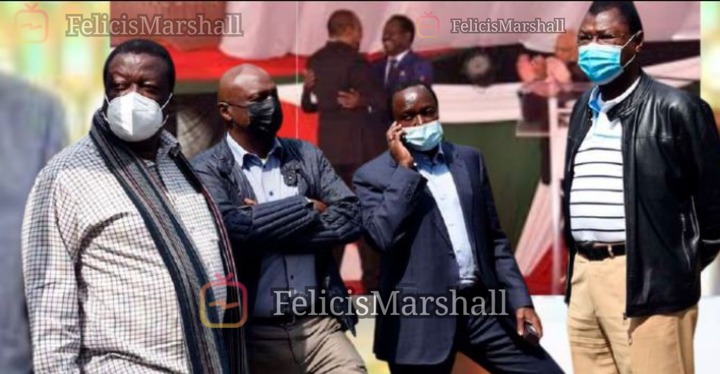 Kenyans have expressed their opinions and thoughts following the recent remarks by members of the One Kenya Alliance (OKA). The coalition is yet to field its presidential candidate ahead of the coming 2022 general elections. This is despite the fact that none of the members is willing to step down for the other as the flagbearer. 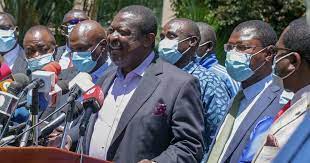 The four politicians also claimed that the National Super Alliance (NASA) is a defunct entity that should only be studied in history and political classrooms. The NASA coalition was formed by the Orange Democratic Movement party leader Raila Odinga together with Kalonzo, Musalia, Wetangula, and Ruto's Chama Cha Mashinani in the run-up to the 2017 elections.

According to reports by Nation Africa News, the OKA politicians said that if the former Prime Minister wishes to rejoin with his old alliance partners, he must befriend them. This however appears unlikely considering that his political party has begun pre-election partnership negotiations with President Kenyatta's ruling Jubilee Party.

"One Kenya Alliance is exploring a third political force to field a presidential candidate against Deputy President William Ruto and ODM leader Raila Odinga should he declare his candidature," Nation Africa posted on their official Facebook page. 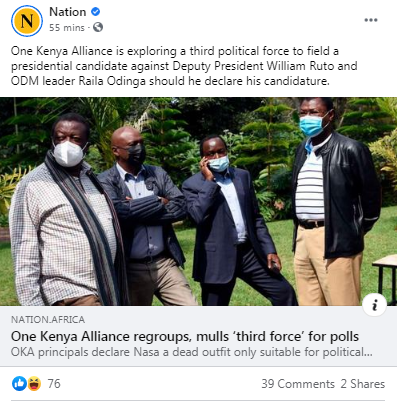 Kenyans however expressed different opinions with most people arguing that the ODM leader does not need OKA politicians in order to succeed President Uhuru Kenyatta. Others claimed that they only recognize Raila as the next president due to his good leadership skills and clean political records despite being in politics for long. Below are some of the reactions from social media users: 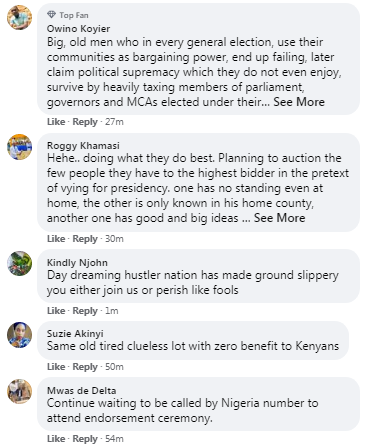 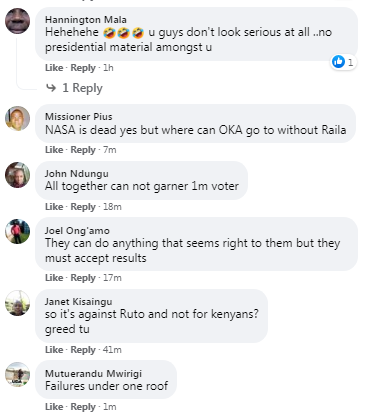 Do you think Raila needs the OKA coalition members in order to win against DP Ruto in the 2022 presidential elections? Feel free to share your thoughts and opinions in the comments section below.