REVEALED: What Chebukati Did After DCI Dragnet Failed to Kidnap Him Minutes Before Declaring Results

The star Newspaper (Tuesday Edition) has reported that it was a matter of time before the Independent Electoral and Boundaries Commission Chairman Hon Wafula Chebukati was kidnapped and taken to an unknown destination before he received Intel from his Bodyguards. 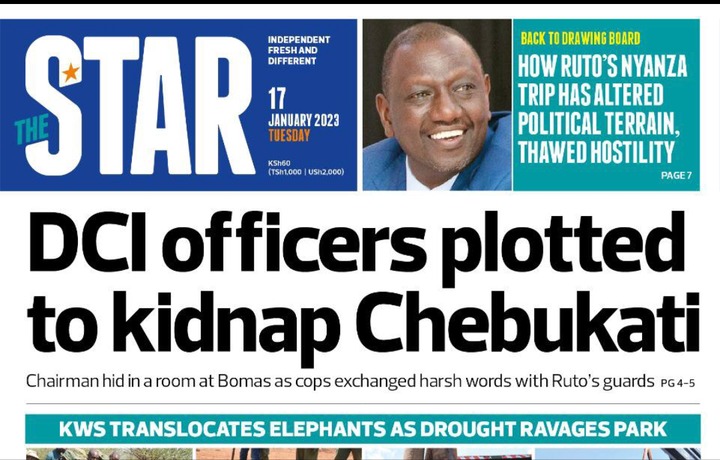 According to the report by the local publication, it's emerging that the electoral chairman after being requested to have an audience with DCI dragnet was forced to lock himself in his room where he commanded his bodyguards not to allow anyone to access the room. 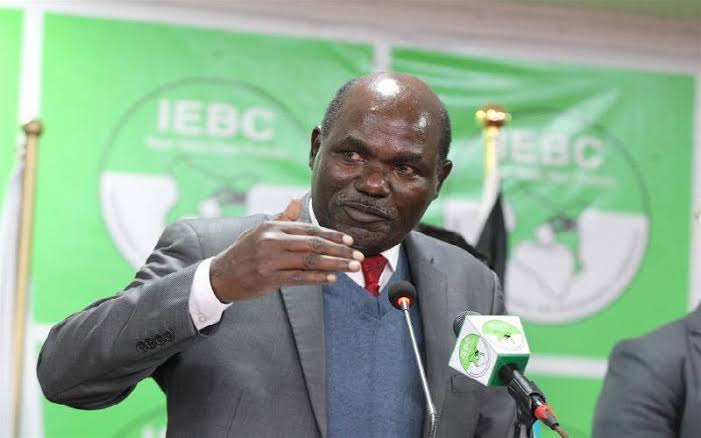 Additionally, the star reported they insisted on meeting Chebukati to send a special message they had for him.

"Chebukati was informed but he refused to see them and instead locked himself inside his office, according to one of the commissioners aware of what transpired.

"As the standoff ensued, some of the members of William Ruto, then Deputy President's security detail, arrived at Bomas to 'check' what was going on," The Star Reported. 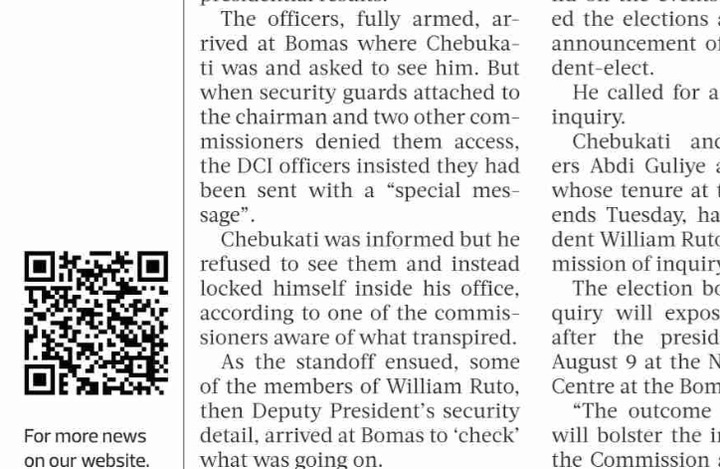