By KrimeExpert (self media writer) | 8 days ago

The family of Agnes Tirop has refuted claims that she was dating her alleged killer who allegedly stabbed her to death before fleeing from the crime scene leaving her for dead.

The mysterious death of Agnes Tirop was confirmed yesterday by different kenyan media houses that revealed that the deceased was found dead in her house with a wound inflicted on her by an unknown person.

While reacting to this incident, President Uhuru Kenyatta has ordered the police to make sure they do all they can and find the suspect as soon as possible adding that her untimely death was not only a loss to her family but also a loss to the nation.

Breaking their silence over their daughter's death, the family of the deceased has claimed that the suspect allegedly called them to apologize for what he had done to their daughter after which he switched his phone off to avoid being tracked by the police officers who are currently searching for him.

"I don't even know his family, i don't know where he stays i mean, i don't know anything about him and it's so unfortunate that he took my daughter's life. I wish she had listened to me, this wouldn't have happened but all in the same, it has happened and all we demand now is that she receives justice", he said.

Revealing what happened, the sister of the deceased claimed that the suspect allegedly hit the deceased with a club several times before he eventually took her life. 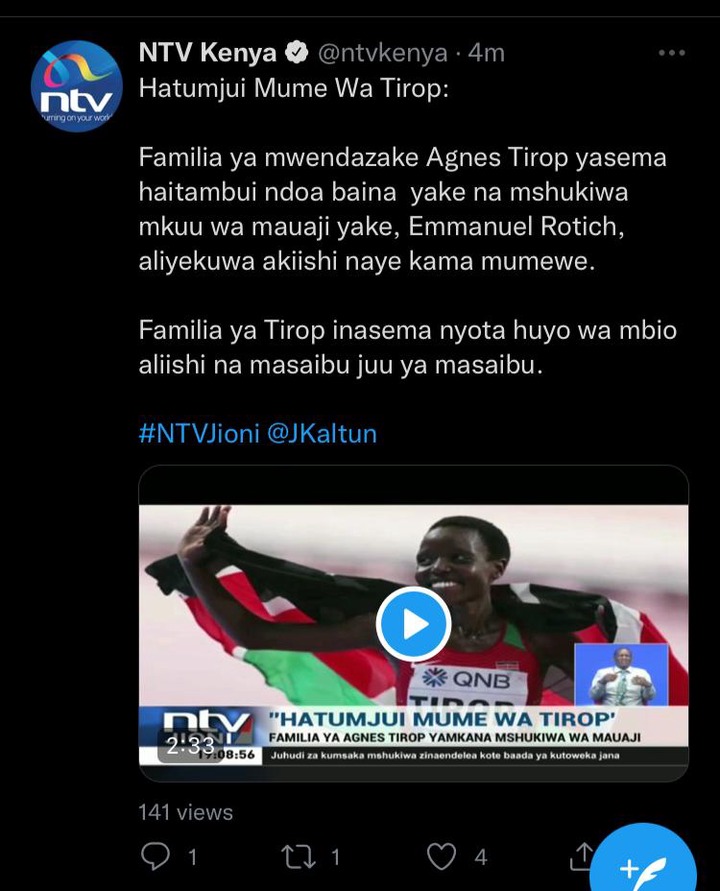