Bereavement is the grief and mourning experience following the death of someone important to you.

While it’s an inevitable part of life something that virtually all of us go through at some point losing someone you love can be one of the most painful experiences you’ll ever have to endure.

They say misfortunes never come singly. This is after the family of the elder sister of the late Nakuru doctor, James Gakara became ill after learning of her brother’s demise.

Following the painful loss of three members, the family's spokesperson Burton Njoroge said Gakara's elder sister, Mary Gakara, has been in and out of the hospital.

Njoroge said this prompted the family to engage a therapist to counsel Mary and the medic's other sisters who were still struggling to come to terms with the ordeal.

Further, Njoroge disclosed that Gakara's widow, Winnie Odhiambo, was also in a stable condition after being admitted to the hospital after she learned of her husband's demise.

Odhiambo had earlier been admitted following the shock of losing her kids but relapsed when her husband died. The family spokesperson said the widow was recuperating and slowly coming to terms with the loss of her husband and children. 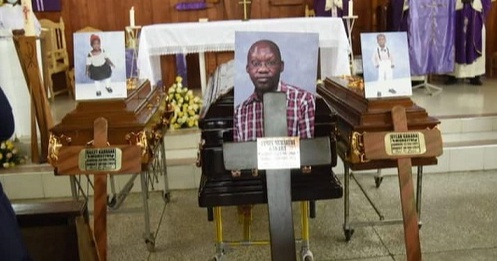 A sombre mood engulfed the Holy Trinity Milimani Catholic Church in Nakuru as the family of James Gakara held a requiem mass for him and his two children.

During the memorial service, the medic's casket was placed between those of his children laying side by side.

The deceased's relatives, who were still struggling to come to terms with the painful loss of the three, emotionally eulogized them.

In her tribute, Gakara's widow Winnie Odhiambo, the mother of the two late children, reminisced about her good times with them. Odhiambo said she and Gakara, together with their children, lived together as a happy family. 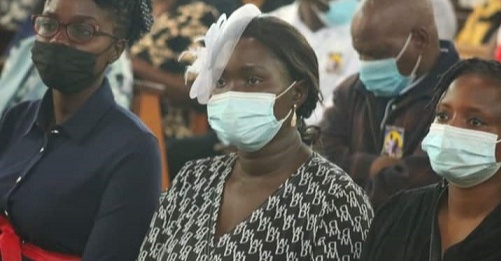 The widow of James Gakara, the doctor suspected of killing his two children before he later died a week ago, praised him as a selfless and supportive man.

Winnie Odhiambo, appearing in public for the first time since the tragic incident of September 18, eulogized Dr. Gakara as the best partner, a good listener, and compassionate.

I got everything I would ask for. Now I know it’s not possible for anyone to live 1,000 years. My heart bleeds and I’m completely shattered.

During the requiem mass, Winnie paid a glowing tribute to her husband of eight years, saying their spark of love began in an operation theatre.

Other people present at the Mass 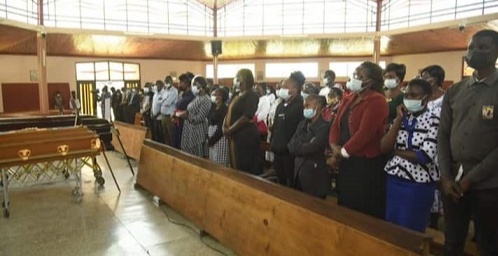 Also present during the mass was Agnes Njeri, an only daughter that Gakara had earlier with his first wife, and with whom they parted ways years ago.

Njeri, in her tribute, described Gakara as a loving father who she would always run to whenever she needed help.

Gakara and his children were buried today at their Mbaruk home in Gilgil, Nakuru.

Doctors who attended the mass showered Gakara with praise as they emphasized on the need for more intense mental health awareness programs by public and private sectors.

Central Rift Obstetricians Association chairperson Felix Atisa described Gakara as a selfless person who was always a call away at any time of day or night.

Kenya Medical Association chairperson Joy Mugambi, said that doctors have a lot weighing their shoulders, including emotional challenges, which should not be overlooked.

Dr Amos Otara called on doctors to stick closer to each other and come to the rescue of their colleagues who may be battling mental health.

All about James Gikara’s Autopsy

An autopsy conducted on the body of the late Nakuru gynecologist was released a few days ago.

The postmortem revealed James Gakara had swallowed a foreign substance that could have led to his demise. Government pathologist, Titus Ngulungu, who conducted the exercise at the Nakuru Level Five Hospital mortuary highly suspected the substance might be medicine.

Ngulungu was, however, quick to restate that he would make a conclusive report upon further analysis of body tissue samples at the Government Chemist. 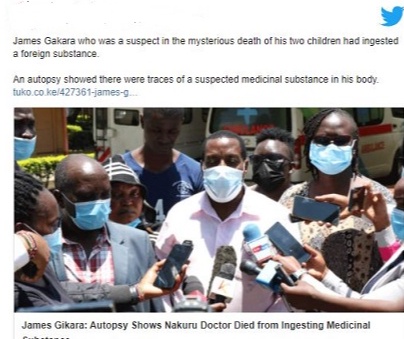 The postmortem did not establish whether or not the medicine was administered by the deceased and this will form the basis of the homicide team probing the matter.

A few days before the burial the doctor's family had been turned away by the morgue after they failed to prove Gakara was their kin since he was booked in as an unknown male adult.

Family spokesperson Burton Njoroge told journalists that they had been directed to file a next of kin affidavit before they could be allowed to access the body.