By Soccer,AthletesNews.com (self meida writer) | 19 days 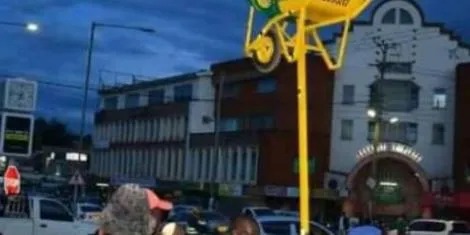 The United Democratic Alliance (UDA) party stepped up efforts to get new members with a registration campaign in Kisumu County which is the backyard of ODM Leader Raila Odinga.

UDA's interim coordinator in Kisumu, Bernard Odhiambo stated that the party was targeting to register 10,000 new members from Kisumu.

Odhiambo told journalists the party was facing challenges with the possibility of double registration since a group led by UDA's point man in Nyanza Eliud Owalo was also carrying out a similar exercise.

"There is another group led by the Regions point man which is registering members yet they are not registered themselves," Odhiambo was quoted by the People Daily.

On Wednesday, June 10, UDA issued a notice revealing their plan to repair the Gachie Road.

The party, which is associated with Deputy President William Ruto, is calling upon well-wishers to donate stones, murram, sand, shovels, graders for the exercise.

The donations can be in kind, where individuals can choose to pay the volunteers for the service for a particular number of days.

Kiambaa residents will be going to the polls on Thursday, July 15, in a hotly contested by-election that will see UDA and Jubilee candidates face off.

Six aspirants are vying for the seat. President Uhuru Kenyatta is hoping to tilt the Kiambaa by-elections in his favour following the embarrassing loss the party encountered in Juja, Kiambu, Rurii and Nyandarua in the May by-elections.

The Head of State received a brief from the candidates and the campaign teams on their preparedness six days to the election.

On their part, the candidates expressed their gratitude to the Party Leader for his continued support and encouragement.