By Uhunyee (self meida writer) | 1 months

We can definitely remember the case that followed president Uhuru Kenyatta and his deputy president William Ruto. This is a case that gave them extremely hard time until it came to an end. 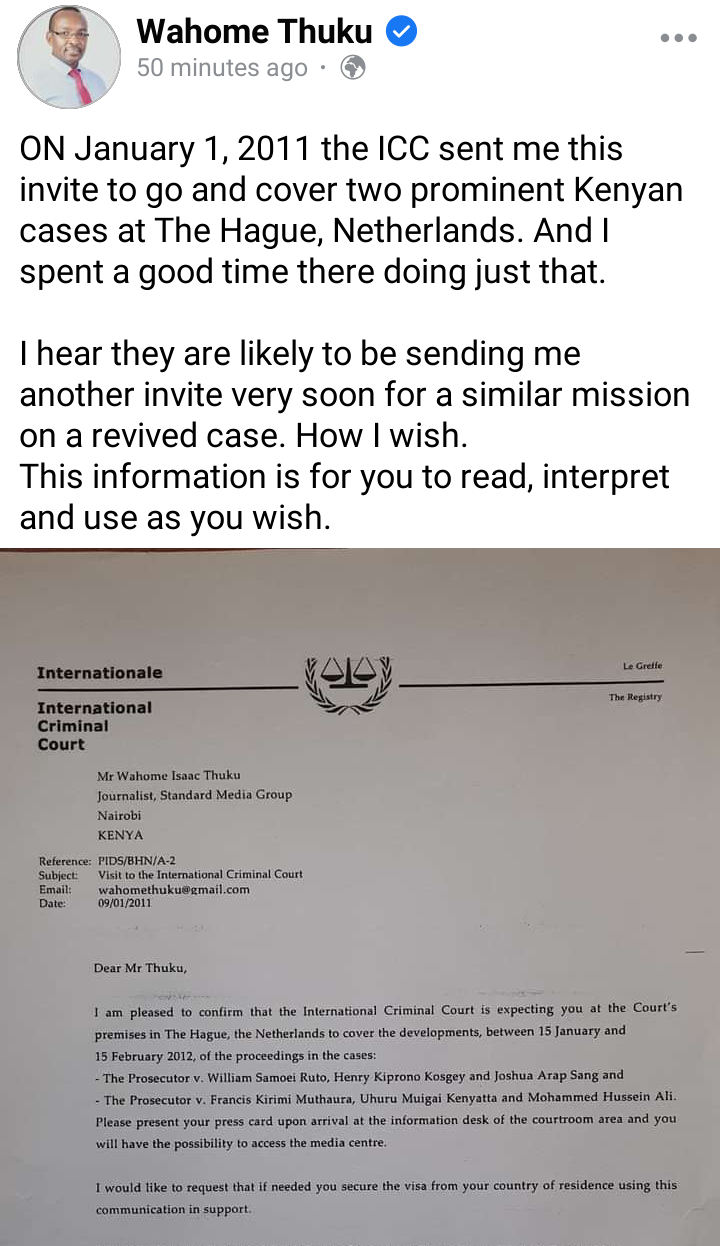 This came as so many prominent people were involved in it to ensure that an appropriate verdict was reached over this. It all came after the 2007-2008 post election violence that left many lives lost in mysterious ways. 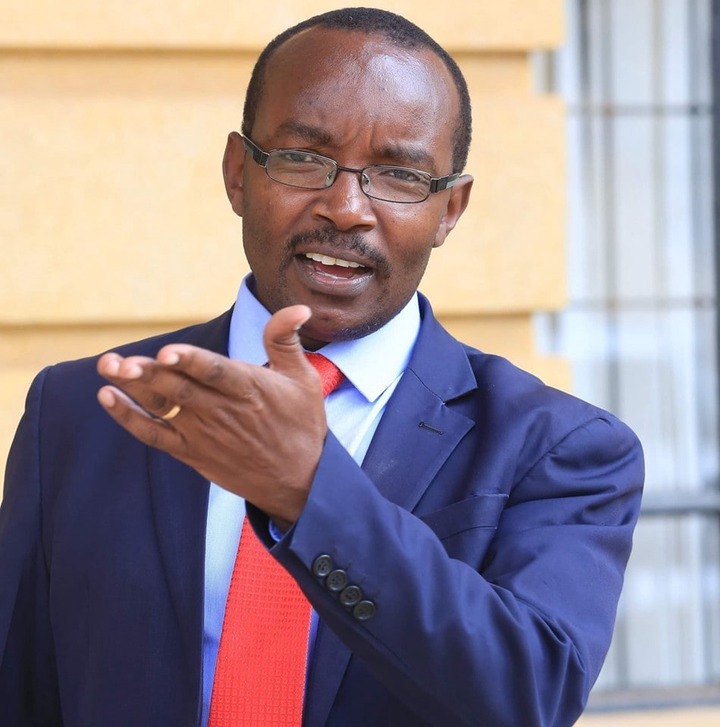 Top City lawyer by the name Wahome Thuku was among those who were involved in helping to cover up the prosecutors. Speaking on his Facebook account, Wahome Thuku has revealed that on January 1st 2011, ICC sent him an invite to go and cover up two prominent Kenyans over there cases at Hague in Netherlands. This is something he responded to and did it for all that time to the last minute. Wahome has said that there are claims that they are most likely to send him another invite. 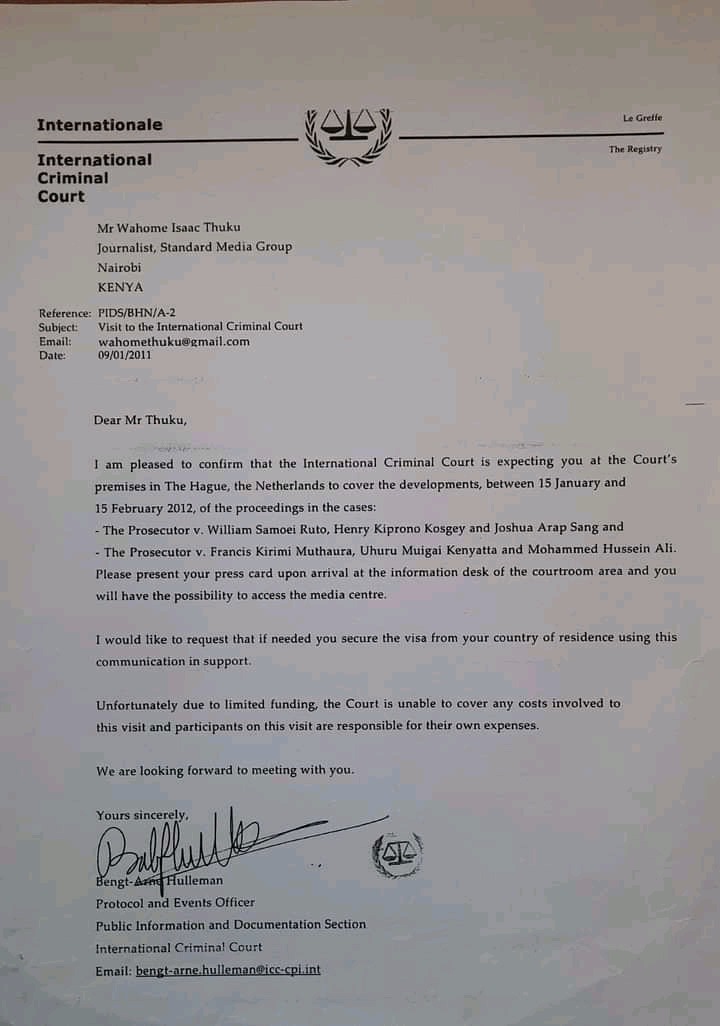 This is a satirical statement he uttered after threats emerged about going to unearth the case that was following Ruto.

However, DP Ruto has sent a major warning to anyone with such plans saying that instead of working for people's current welfare, there is somebody planning to unearth the past.