By Ronniron (self media writer) | 1 year ago 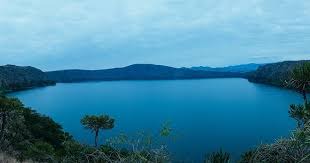 In Kenya's Homa bay county, exists a mysterious lake known to locals as Simbi Nyaima. The name simply suggest that the lake was formed when the area it occupies sank with a whole village on it leaving the waters to rise up thereby forming the lake.

There's a greater degree of truth to the villagers narrative of how the lake was formed because scientists who studied the lake indicates that it is actually a crater lake formed after some volcanic activities happened under the said village.

What continues to make this lake a mystery is not the local's intriguing story of what led to the sinking of an entire village to form a lake but the little built up carbon monoxide smell it produces in different seasons and the fact that it's depth has never been identified. 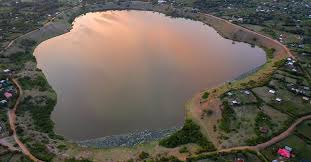 There is a similar crater lake in Cameroon which is very deep and which used to leak a little bit of carbon monoxide but nobody never noticed any danger until the lake ended up killing over 1700 and over 3000 people and livestock respectively.

The killer lake is called lake Nyos and the incidence happened in August 21 of 1986. The already built up carbon monoxide exploded and occupied the air around the whole village sending all the living things into merciless suffocation.

Homa bay's Simbi Nyaima seems to show serious initial similarities to the Cameroon's killer lake before it exploded into disaster. Furthermore, some scientists argue that Kenya is not that far away from Cameroon and geographically, there could be a deep underground volcanic activity connections within the two countries' perimeters. What do you think, should measures be taken?

Content created and supplied by: Ronniron (via Opera News )