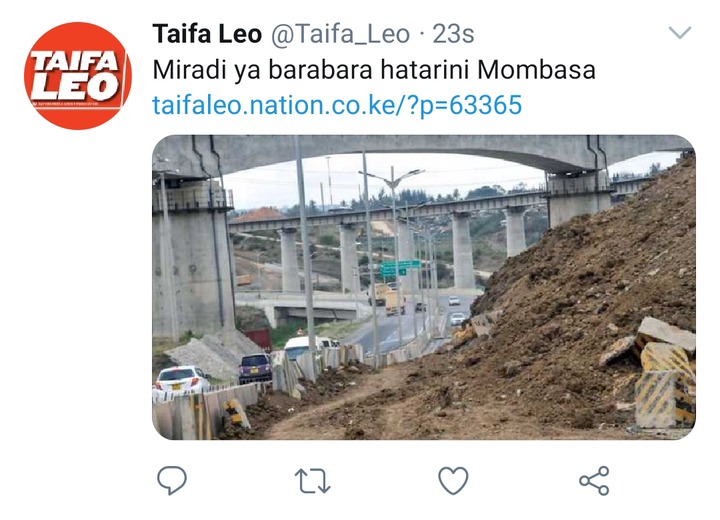 The Parliamentary Committee on Transport said landslides have caused cracks in the Dongo Kundu sidewalk and a runway at Moi International Airport (MIA).

Speaking to reporters at the stadium, committee chairman David Pkosing said the two projects were at risk of failure if immediate action was not taken. 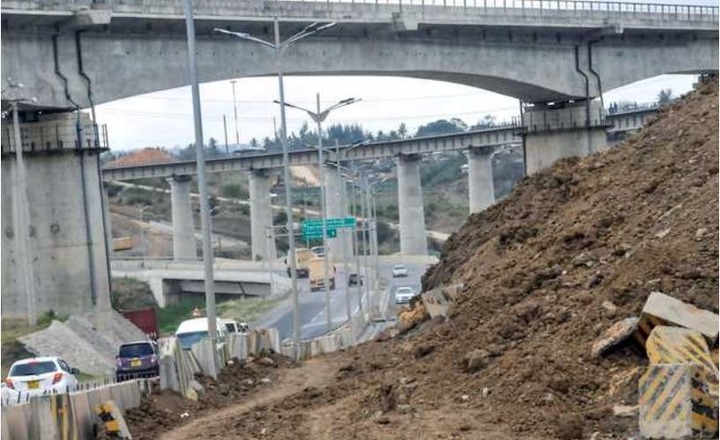 “There are huge landslides that have completely blocked one section of Dongo Kundu Bypass road. The airport is also at risk because the alternative aircraft for take-off and landing has already been damaged and will need to be repaired.

"After another five years we could lose 25 percent of this stream and it will never be used again. Action should be taken immediately. A system should be developed to allow water to flow into the sea. If this does not happen we may lose this stadium, ”he said.

The chairman was on a visit to inspect various infrastructure projects in the Coast region.

Mr Pkosing said parts of the south and west of Moi airport face the risk of damage despite the good work being done in the area north of the airport.

Dongo Kundu Road is located along the runway and all the water and water collected at the MIA airport, flows underground towards the Indian Ocean.

Mr Pkosing said it appeared that the flow of water into the sea had been blocked and called on the KeNHA Highway Authority, the National Railways Corporation and the Airports Authority (KAA) to address the problem.

"We have called on these organizations to organize a meeting to discuss how to save this important part of the airport, Dongo Kundu road and modern railway (SGR) road that are in danger of extinction.

"We have asked engineers to examine the drainage system to see if canals can be installed to carry water to the sea," he said.

In July, KeNHA closed part of the road along the Mombasa Southern bypass after cracks began to appear on the Miritini-Mwache-Kipevu road to allow an investigation to be carried out, although the authorities said the cracks were due to genetic issues. .

"Part of the road adjacent to the MIA stadium has been inspected and found to have cracks caused by geological earthquakes," said a statement from KeNHA Director General Peter Mundia.

They Are Still Together? Uhuru And Ruto Steal The Show In Kirinyaga With Their Chats.