By FOREVERTIMES.COM (self media writer) | 2 months ago

According to report by Ugandan Media two blast have been heard in the country capital city, Kampala. According to NTV Uganda, ambulances have been seen rushing to the scene. It's not yet confirmed whether the Blasts are as a result of terrorist attack. According to report shared by Harun Maruf, an international Journalists, smoke is seen coming from the scene of the blast. In another corner one personal car is being razed down by firece fire. Reports by local media indicates that two people have been confirmed dead. Further reports have revealed that one of the explosion has occurred near a police station while another one has happened few metres from the Ugandan Parliament. It's still not clear whether these two were car bombing or suicide bombing 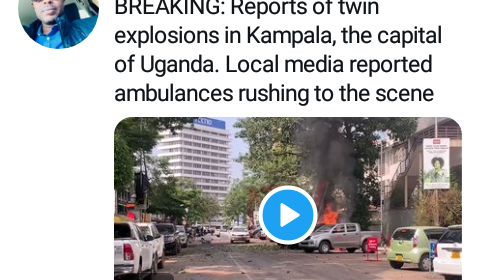 The blasts comes barely a month after another terrorist attack in Kampala. Although, Uganda has had few cases of terrorist attacks, lately the country has started witnessing a series of attacks linked to Al shabab. 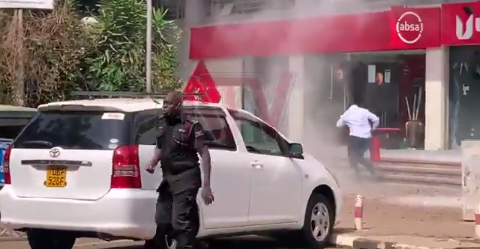 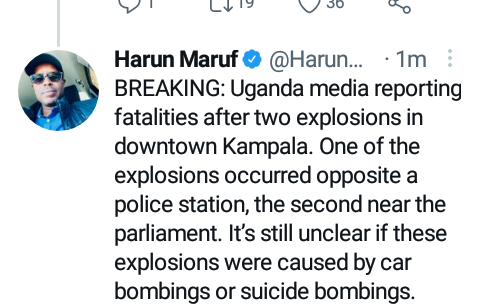