By Gedion David (self media writer) | 5 months ago

The British Army has been rushed "earlier than expected" to Russia's doorstep as the walls close in on Vladimir Putin.British troops. 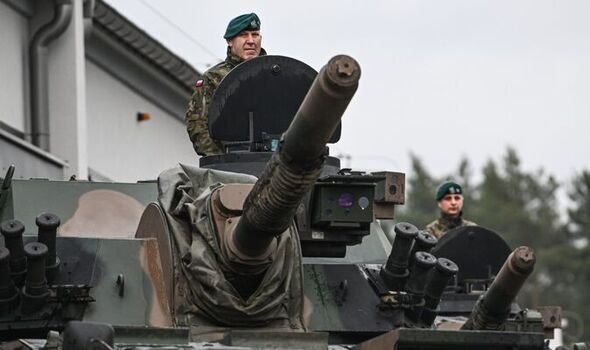 The British Army has been rushed to Russia's border. (Photo courtesy of Getty)

Defence Minister James Heappey revealed this afternoon that the UK will send additional armed forces to Estonia sooner than anticipated.Mr

Heappey stated in response to a House of Commons Urgent Question: "In addition to the Royal Tank Regiment battle group that has been stationed in Estonia for the last six months, the Royal Welsh battle group will arrive earlier than planned to double our force levels, which will remain indefinitely doubled."

"They will be reinforced by the headquarters of 12 Mechanised Brigade, establishing the United Kingdom's first armoured brigade in Estonia, reassuring one of our closest Nato friends."

While he stated that "we must all be clear in this House that British and NATO forces should not, and cannot, play an active role in Ukraine," he added that the government intends to "look at all we can do to assist the Ukrainians in the coming days."

"We must all understand the risk of error and how quickly it can become existential if individuals miscalculate and things escalate unnecessarily," he warned.

"I Am Proud To Be Kenyan, But I Will Be More Proud If The Election Is Nullified" Mutahi Ngunyi Says