By Kingoz (self media writer) | 6 months ago

Mohamed Ahmed Maalim, the newly appointed Rift Valley Regional Commissioner, has indicated that he is committed to restoring peace to the insecure region. 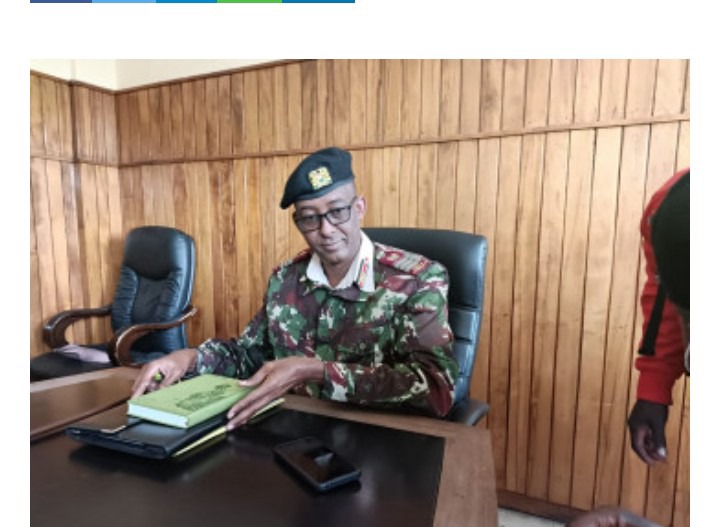 Maalim stated on Tuesday that his experience in hazardous places has given him the skills needed to rebuild the region.

My goal is to put an end to the rash of homicides that has plagued this region." "I am hopeful that by working together with other stakeholders in the region, we will be able to bring about the transformation that the people of the Rift Valley want to see," Maalim said.

"I'd like to state that I have about 30 years of experience working in national administration in a variety of places across the country, and I've always been diligent," the Commissioner stated.

"To combat terrorism, I launched the Jua Jirani Yako campaign in Garissa, which was successful. We had the Sabaot Land Defense Force in Mt. Elgon, Bungoma County, where I was the Commissioner... Then Mt. Elgon's tranquility started."

Maalim praised his predecessor, George Natembeya, as a prominent administrator, praising his presence among citizens and interest in grassroots issues as examples to follow.He also warned lawmakers against inciting racial hatred during the campaign season, saying his administration would strictly monitor political rallies.

"I'd want to clarify that anyone who makes insightful statements during politicking will be dealt with appropriately," Maalim said.

"I am willing to engage with political leaders," he continued, "but they should be aware that the government is quite cautious."

He indicated that he will run for the Trans Nzoia governorship in the August elections.