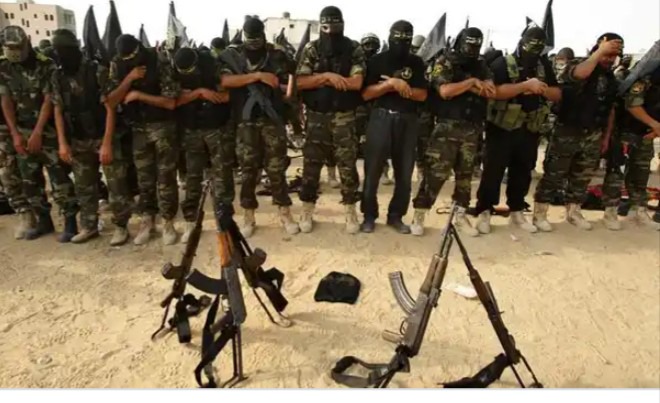 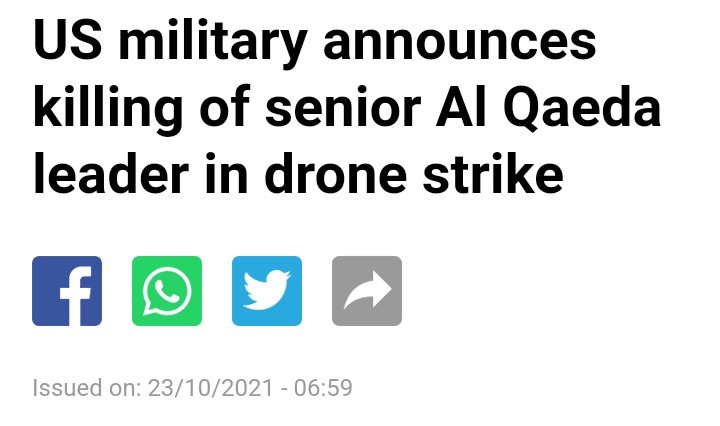 According to the source, new details have emerge from Syria. It has been reported that, the Al Qaeda senior leader, Abdul Hamid was killed by US troops. The US troops used a powerful MQ-9 aircraft. 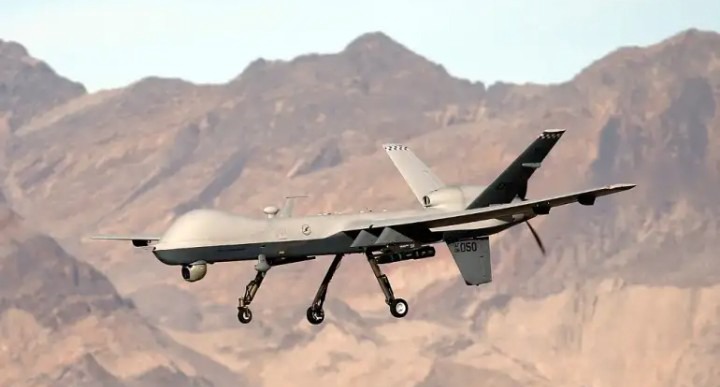 Central Commander Spokesman Army Major John Rigsbee, revealed that, the death of Abdul Hamid is a huge blow to the group. I quote his statement from the source ," The removal of this Al Qaeda senior will disrupt the terrorist organization ability to further plot and carry out global attacks," John revealed. 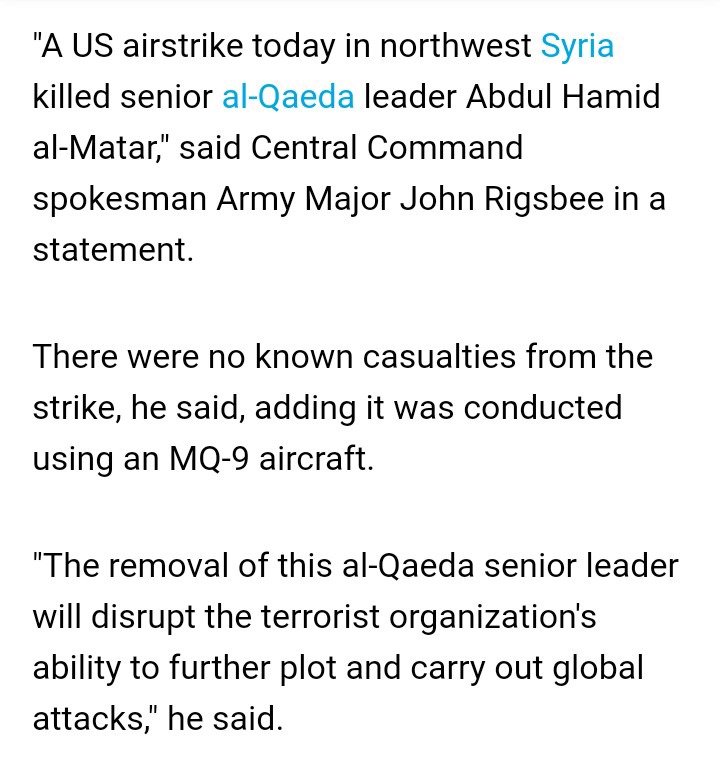 This comes in after the group have been accused of planning and attacking innocent civilians in Syria.