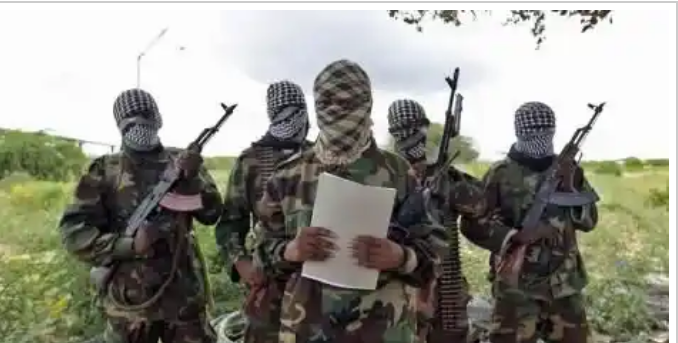 On Thursday, Police officers arrested a 22-year-old woman suspected to have been recruited to Somali-based terror group, Al Shabaab.

The terror suspect was nabbed following a tip-off from residents of Kamalambu village who were suspicious of the mysterious woman.

Additionally, two police officers were killed on Saturday morning by Al-Shabaab terrorists who ambushed them in the Bambo area of Mandera County.

According to the Intelligence reports, the terrorists opened fire at the officers who were delivering foodstuffs to a nearby camp, killing two of them on the spot.

10 other officers, who were part of the transit, sustained serious injuries after the incident.

Initially, the officers who were travelling in a lorry belonging to the National Police Service, had dodged a grenade attack from the militia when the suspected Al-Shabaab militants opened fire.

A witness confirmed that the driver of the truck had driven past the heavy gunfire through high speed but the tyres of the lorry were deflated.

More officers have been deployed to the area.