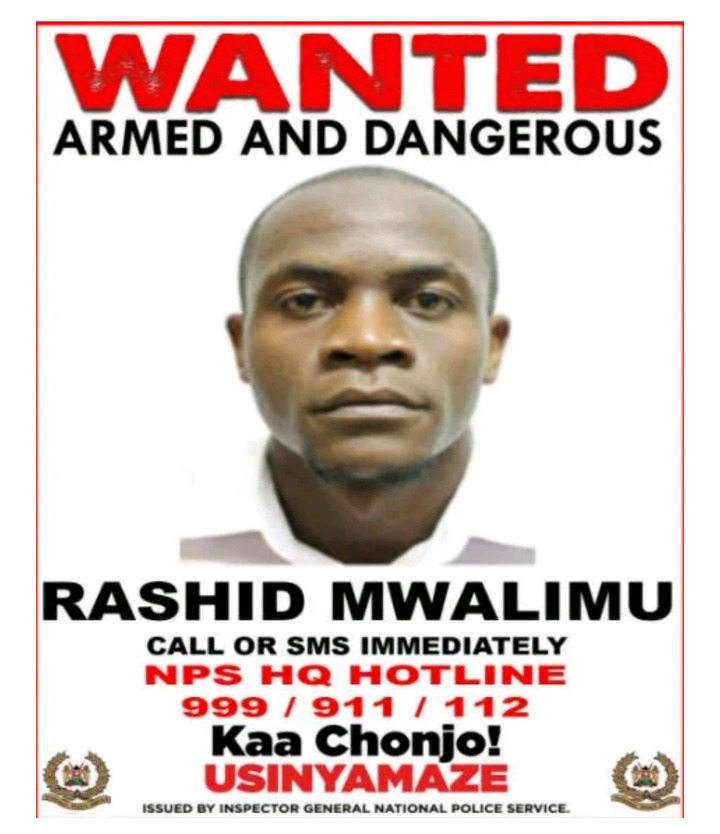 One Rashid Mwalimu is said to be armed and dangerous. Latest incoming reports indicate that he is wanted by the Kenya's Anti Terrorism police. Rashid is a trained pilot (trained in the Philippines) whose mission is allegedly to wreak havoc in Kenya by executing an aviation attack. The attack will be in retaliation to the heavy losses the Alshabaab militants have suffered through airstrikes. 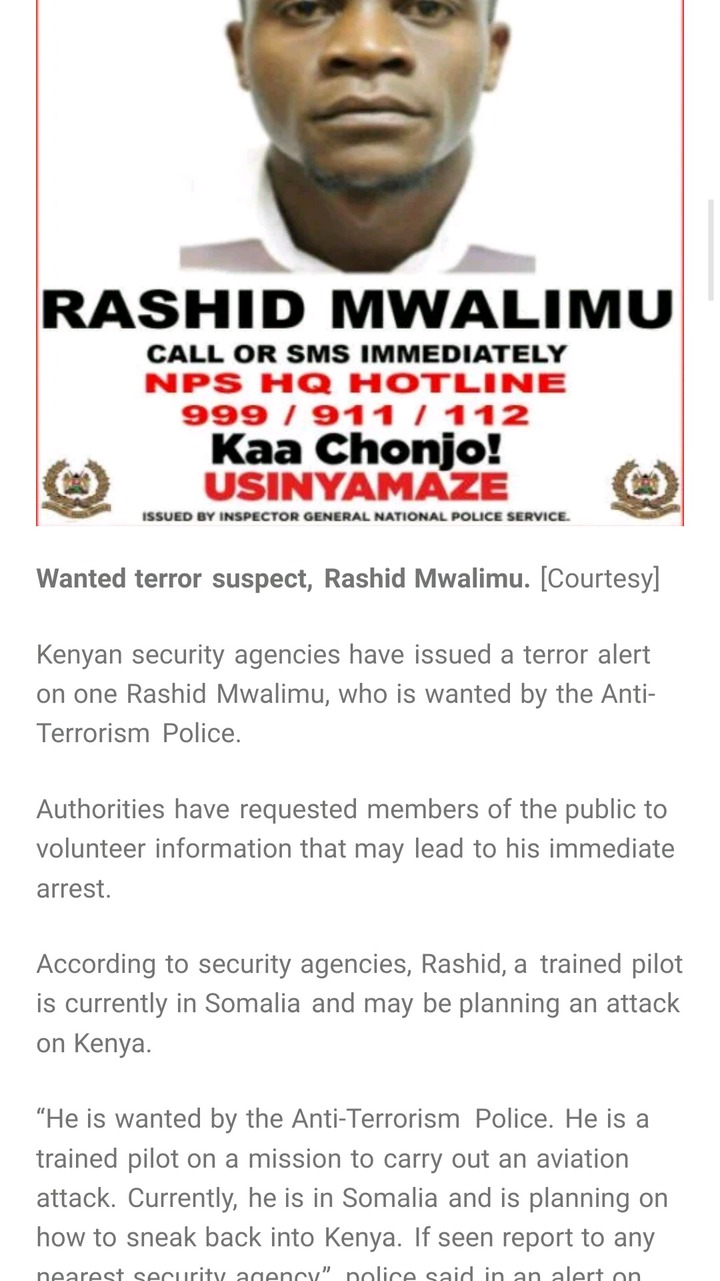 He is said to have joined the Alshabaab terrorist group back in 2015 together with his fellow rogue comrades in arms who were lead attackers in Dusit D2 terrorist attack. His close friend Cholo Abdullah who trained as pilot alongside him (Mwalimu) had been arrested by the US for attempted hijacking of an aircraft with motive of carrying out an attack. 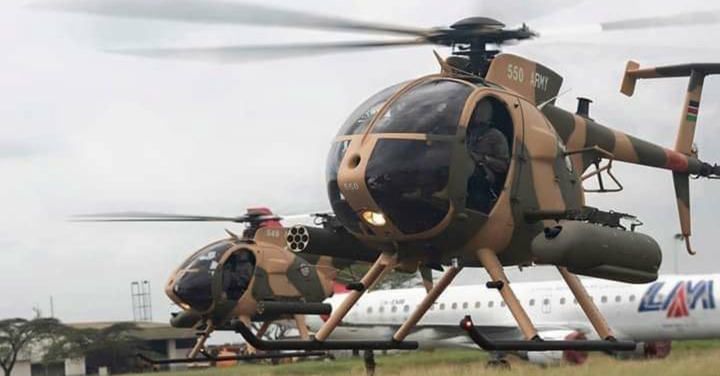 Police intelligence suggests that Rashid Mwalimu is in Somalia planning on how to sneak into Kenya to carry out the intended attack. As such, the police are on high alert and are asking for any information from that may help in arresting Rashid. The national toll free national police service lines are 911, 999 and 112. 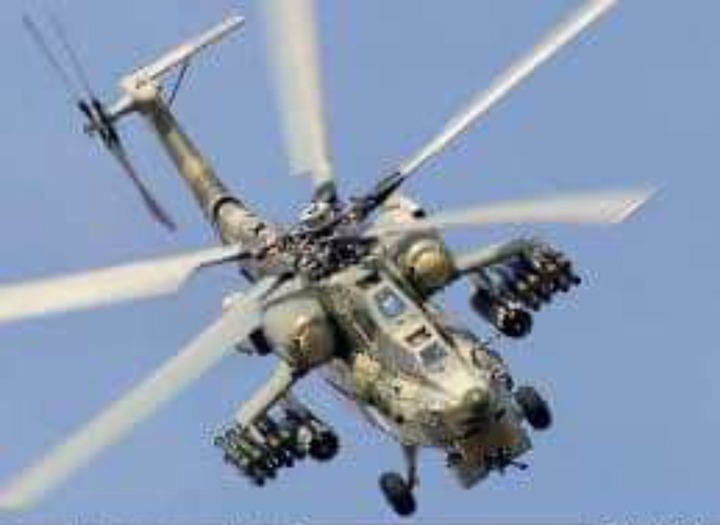