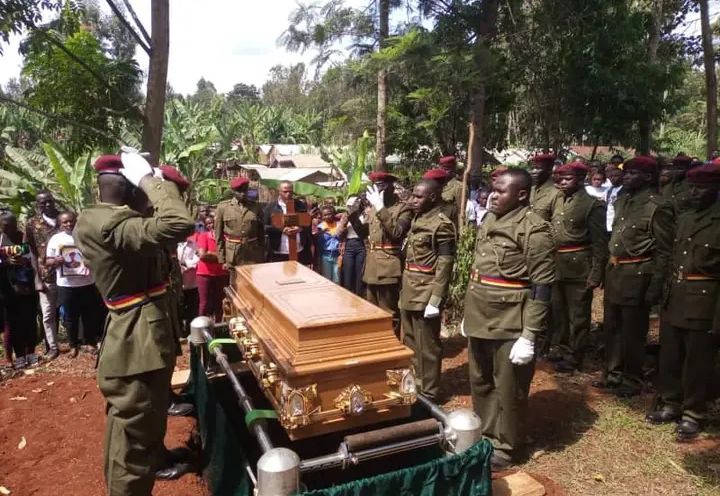 Three police officers who are amongst eight officers who died last month after bandits attacked them while on patrol in Riet,Turkana county have been laid to rest today.After their death that also claimed a chief and a peace crusader the government through DP Gachagua held meetings with leaders in the Rift Valley to solve the frequent bandit attacks.

The late Constable Boniface Muthini Mutiso and Constable Benson Macharia Njira were both laid to rest at their homes in Kirinyaga County while the late PC Eric Kipchirchir Rugut was laid to rest in their home in Uasin Gishu County. 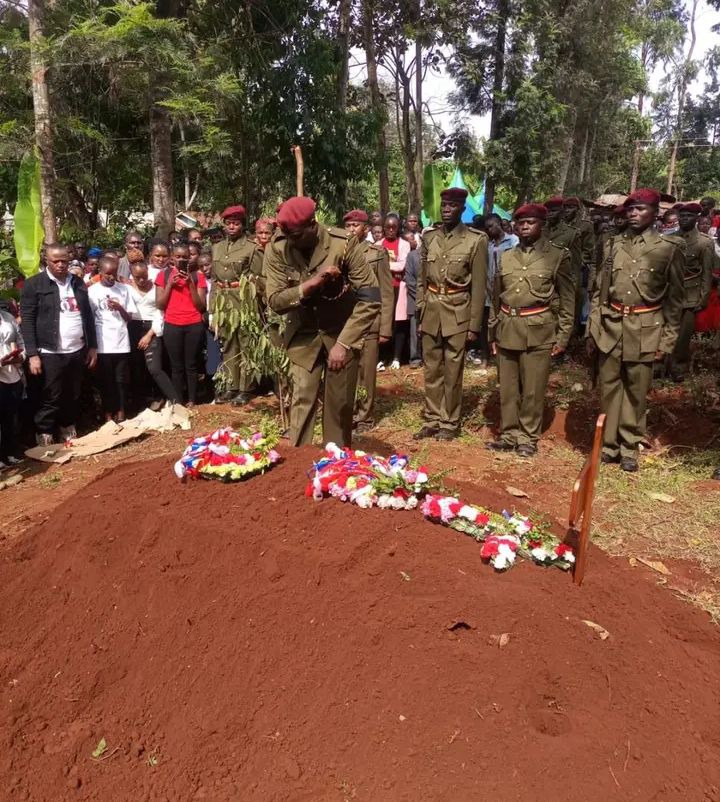 The National police service eulogised them as diligent officers who served with honour and pride.Their loss was regarded as untimely and a loss not only to the National Police Service but alsl to the country at large.

"Until their demise, the three officers served diligently under the General Service Unit with honour and pride. The NPS is indeed grateful for their service and regrets their untimely demise which is not only a loss to the National Police Service and their loved ones, but also to the country," the National Police service eulogised in a statement shares througj their social media. 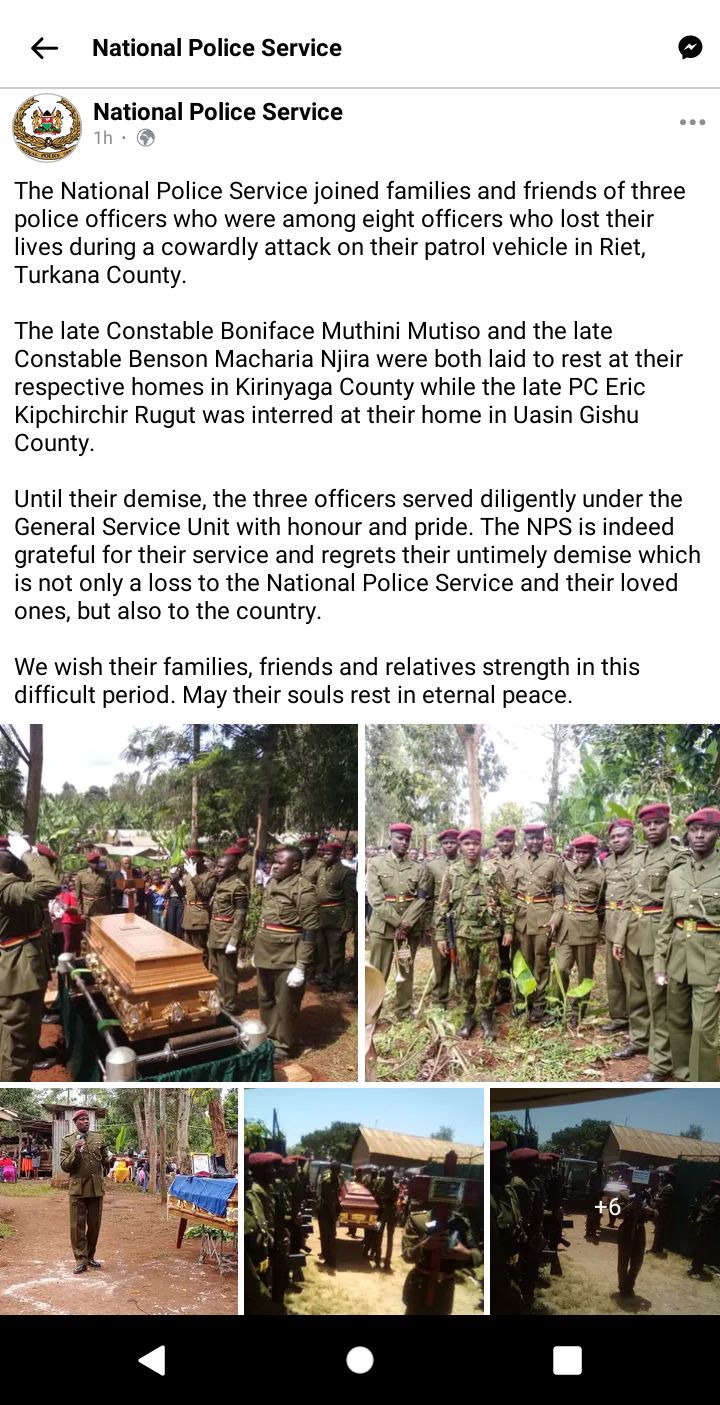 Pics; Julie Gichuru Stuns With Impeccable Outfit As She Met Gachagua At His Harambee Annex Office.