By STLII (self media writer) | 4 months ago

Gunfire rang out from several military camps in Burkina Faso early on Sunday.The Government said, but it denied the military had seized power. 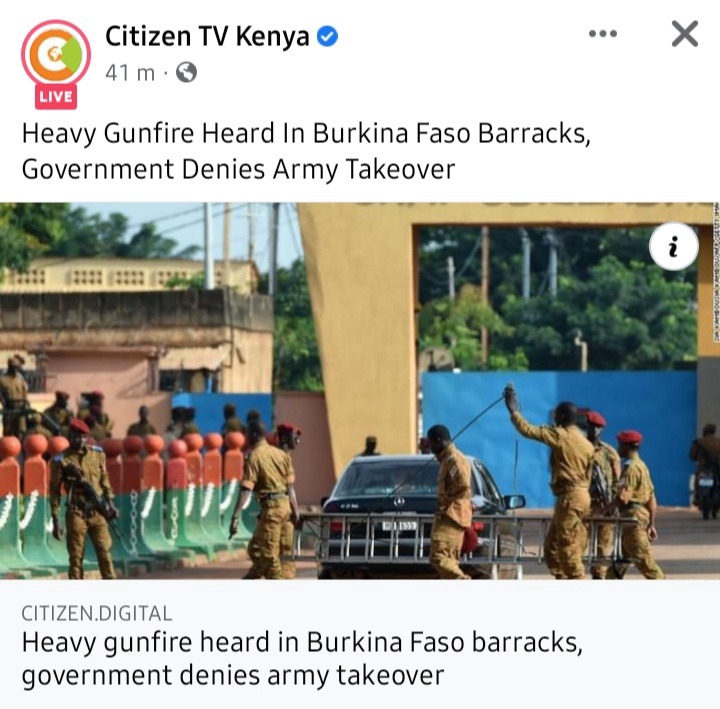 Heavy arm fire at the capital Ouagadougou's Sangoule Lamizana camp, which houses the army's general staff and a prison whose inmates. Includes soldiers involved in a failed 2015 coup attempt. Begun as early as 5:00am ( midnight ET) a Reteurs reporter said. 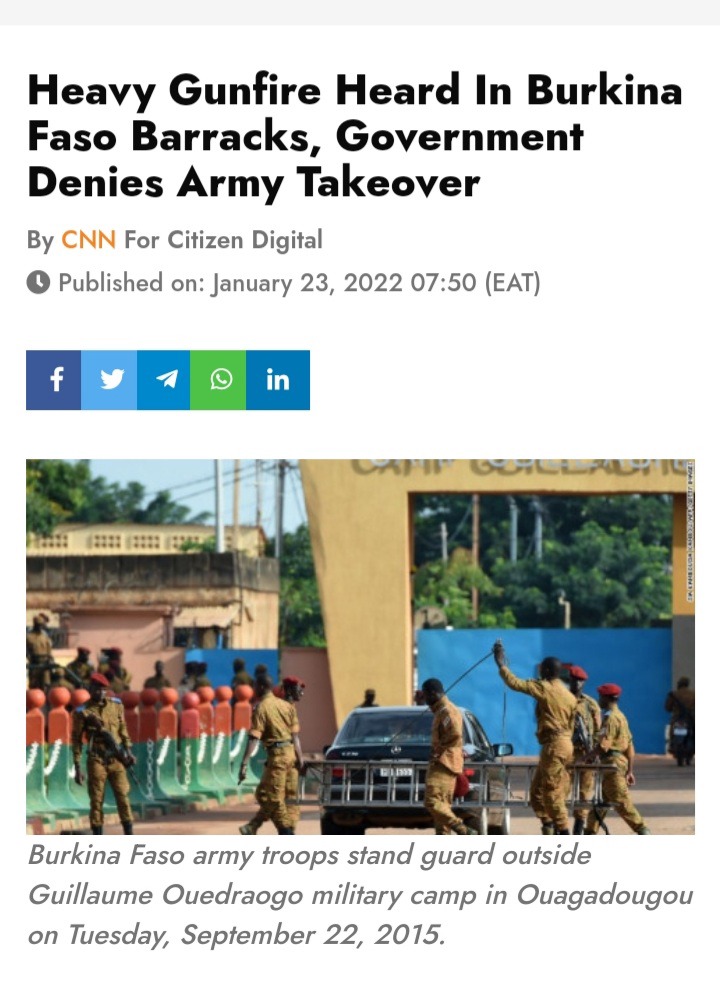 The reporter later saw solders firing into the air in the camp. A witness also reported gunfire at a military camp in Kaya, around 100 kilometers of Ouagadougou.

Burkina Faso's Government confirmed gunfire at military camps. But denied reports on social media that the army had seized power. 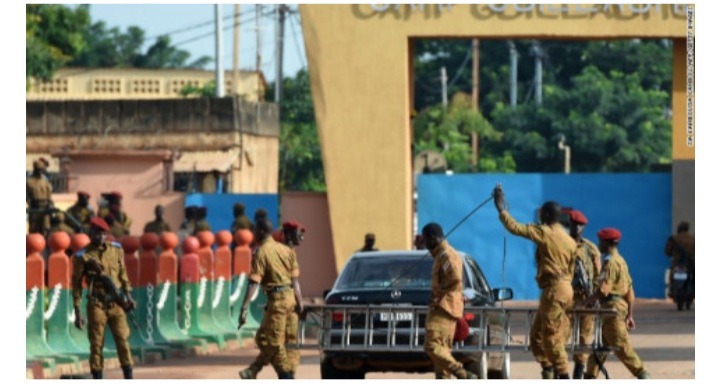 "Information on social media suggests a takeover by the army.The Government, while confirming gunfire at a certain Barracks denies this information and calls on the population to remain calm," Government spokesperson Alkassoum Maiga, said in a statement.This is after additional demonstration was planned on Saturday but the government burned them and police intervened to disperse the hundred of people.

Content created and supplied by: STLII (via Opera News )

Some of the Most Protected Presidents In Africa