By TelegraphKenyanews.co.ke (self media writer) | 1 year ago 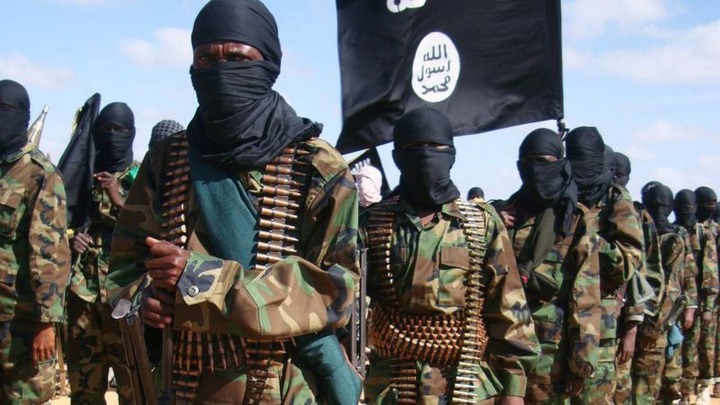 The ATPU is an investigative unit within the Directorate of Criminal Investigations (DCI) mandated to mitigate terrorism related cases in the country. The key mandate of the unit is to foil terrorist activities by countering violent extremism and effectively investigating all terrorism-related cases.

The unit was formed on February 10, 2003, following the 1998 terrorist attacks on the Nairobi US embassy and a string of other attacks targeting hotels frequented by foreign tourists. Mr Gachomo said the decline in terrorism incidents resulted from a multi-agency approach and co-operation in mitigating all aspects of terrorism threats in Kenya and the region.

He said: “The other key aspect is the improved capacity building and optimum use of resources towards the fight of Al-Shabaab.”

The ATPU chief said they have been training and sensitising other security agencies, hotels, shopping malls, learning institutions and government departments on the prevention of terrorism.

“Although the country has registered a decline in terror cases compared to the previous years, we’ll remain vigilant and proactive,” Mr Gachomo noted in an interview with The DCI magazine.

He went on: “The threat is real and this calls for more concerted efforts between all agencies and partners towards the fight against Al Shabaab and the other terror groups like ISIS.”

Building relationships with stakeholders and the public is key to eradicating terrorism, he added.

Mr Gachomo said they also deal with the radicalisation of youths from the Eastern Africa region that gets recruited to join the Al Shabaab and other terror groups in Somalia.

The Unit has four regional offices in Nairobi, North Eastern, Coast and Western. The ATPU chief said terrorism and other transnational crimes still pose a great threat to peace and stability in the country and the greater Horn of Africa.

“Al Shabaab and ISIS ideology and strength cannot be underestimated since its influence in the region is still active and growing,” he said.

The unit, he said, has directed its resources and energy in curtailing the spread of terror networks by applying proactive and reactive mechanisms while respecting the fundamental rights and freedoms of every citizen.

*Take control and secure evidence at all scenes of terrorist incidents.

*Create profiles for suspected terrorists and establish a databank.

*Share intelligence with other local and international security agencies.

*Review and monitor security of vital installations and vulnerable places.

He said: “The security situation remains volatile and the threat of Al-Shabaab remains alive. ISIS spread within the East Africa region remains active due to online radicalisation and extremism of the youth.”

Boni forest in the Coast remains a safe haven for Al-Shabaab faction due to its proximity to Somali and its complex aspect, he revealed.

Mr Gachomo said the challenge of illegal immigrants and human trafficking remains a big problem. The refugee camps in Daadab and Kakuma regions still hold substantial numbers of refugees and act as safe haven for passive sympathisers and operatives of terror networks.

“The Unit has intensified its proactive operations through intelligence gathering and sharing. It has collaborated largely with key stakeholders both within and outside the region in ensuring that all elements of terror networks are arrested and speedily brought to book,” he disclosed.

The ATPU said they recovered a grenade and four AK 47 rifles after five terrorists died in the Dusit Hotel attack on January 15, 2019.

"Those Not in Azimio Are on Their Own, Ukambani is Supporting Raila" Says Wiper MP Robert Mbui