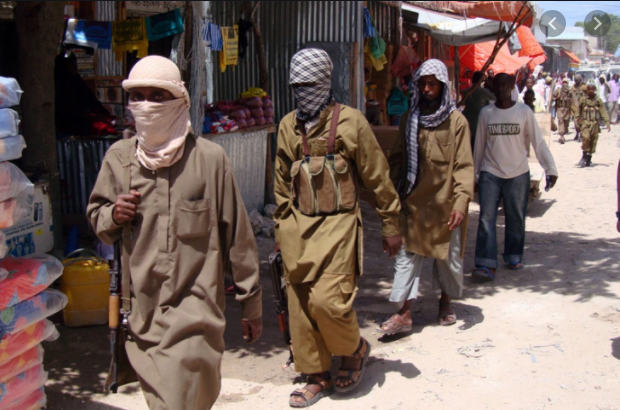 Al-Shabaab terrorists are allegedly walking freely in towns as they force civilians to submit their taxes.

The opposition in Somalia has put the government on the spot for allegedly diverting their attention to other things as Al-Shabaab wreaks havoc.

Sources from Somalia are now saying the militia group has increased its tax collection bases because the government is not being tough on them.

The opposition through a statement released on Monday wants the International community led by the US Secretary of State Antony Blinken to step in and help the country from anticipated jaws of chaos.

The Opposition which is made up of at least 15 presidential candidates are saying the Somalia government has allegedly been using security forces that enjoy funding from foreign countries to oppress civilians instead of fighting terrorism, which according to them, gives Al-Shabaan a field to expand its territories. 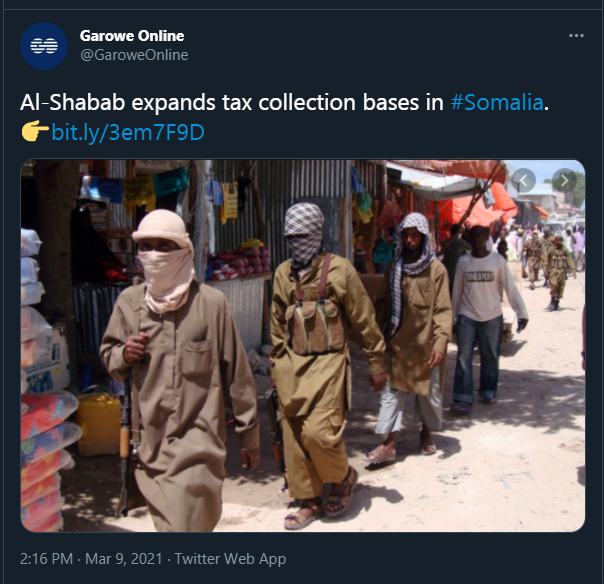 "Regrettably, Farmajo's government has turned focus away from the fight against Al-Shabaab who are now freely collecting taxes alongside the government and targeting civilians at will, while the government is preoccupied with the use of armed forces to suppress innocent civilians," read the statement, which was copied to Blinken and other international community representatives in Somalia.