By Kihika_Updates (self media writer) | 2 months ago 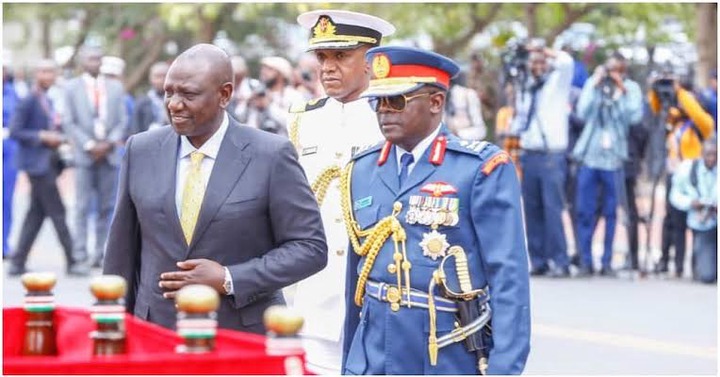 Timothy Lekolool who served as Dr. William Samoei Ruto aide-de-camp from the time he was deputy President till now has now been succeeded by Fabian. Ruto has given Lekolool a reward. He was then transported to the Department of Defense headquarters where he will receive his job assignments after the President promoted him to Brigadier.

The newly appointed ADC who is being replaced by Damaris Agnetta, began his formal duties by going to Jack Reriani Gachagua funeral with the Head of State. The Hon. Rigathi Gachagua oldest brother is Jack Reriani.

The ADC will play important roles when they arrive. Carrying the president personal belongings including his phone and written speeches is one of them. Along with other duties they also accept gifts from the Heads of State and accompany them to waiting cars. 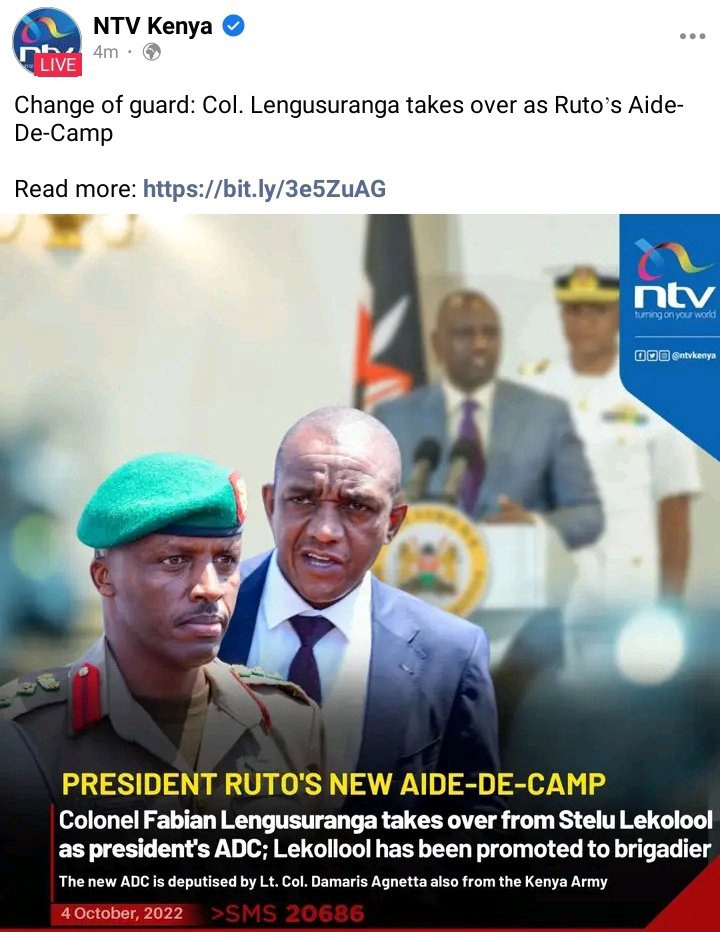