By BrightO (self media writer) | 5 months ago

According to Vanguard, Ukraine's President has declared that male citizens aged 18 to 60 are not permitted to leave the country. 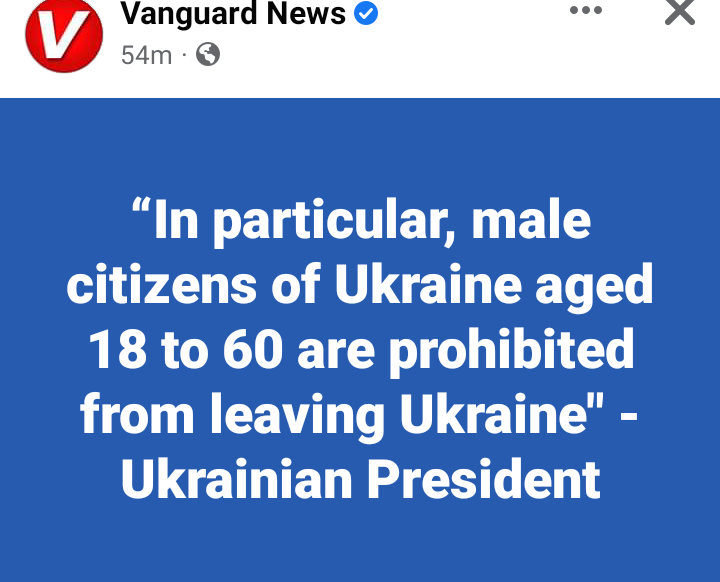 Ukraine has been left alone to fight their war by their ostensible Western allies, most notably the US. Ukrainians ought to have learned their lesson from history. When the now-defunct USSR attempted to establish a presence in socialist Cuba in 1962 by stationing missiles there, then-President John F. Kennedy used all of America's might, including the threat of nuclear war, to deter the move.

The USSR withdrew and returned home. However, despite Moscow's 1991 agreement with the west that NATO would not expand into eastern Europe, particularly the former Soviet states, the west has consistently violated that agreement, and is now courting Ukraine, Russia's backyard, to join NATO. Russia, under Putin's leadership, will never permit such a thing. What is beneficial to the goose is beneficial to the gander as well. 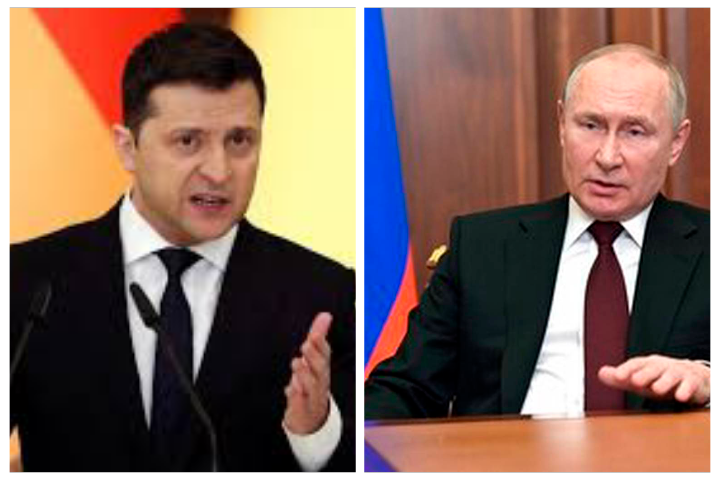 Many Nigerians who support America against Russia are oblivious to the fact that we are currently confronted with terrorism and general security challenges in Nigeria, which have resulted in the death and displacement of millions of Nigerians (both civilians & servicemen). Additionally, a massive humanitarian crisis in the Sahel region, which has cost Nigeria hundreds of billions of naira and dollars to contain, is the result of America's rogue invasion of Libya.

An unprovoked, unilateral, and illegal invasion of a sovereign nation that resulted in the country's leader - Gaddafi - being brutally murdered and the country being destroyed. Plunging a country far more developed than some European countries into a bloody civil war in which they continue to slaughter one another and exporting terrorism, armed conflicts, banditry, drug trafficking, human trafficking, cattle rustling, and gun-running throughout the Sahel, with Nigeria taking the brunt of the violence.