By SteshaChichi (self meida writer) | 28 days 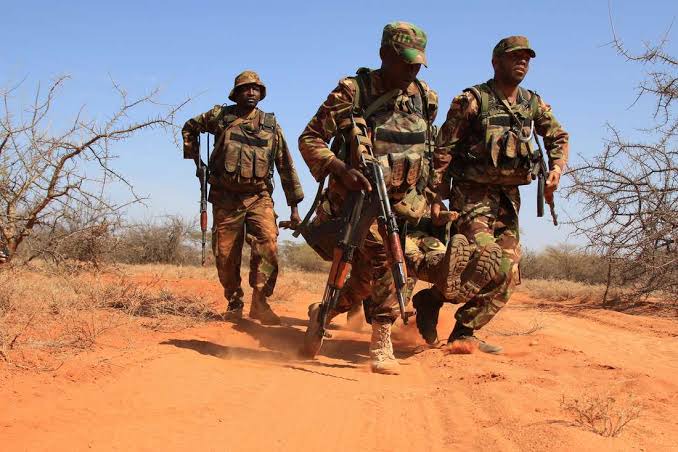 Kenya Defence Forces are reportedly Feared dead after the vehicle that they were traveling in stepped on an improvised bomb that was planted on the road. This is terrible news to the country at a time when they've dedicated their lives in fighting terrorists. Kenyan soldiers have been taking on terrorists in the country and even outside the country,like in Somalia. Attacks have been launched in Kenyan on several instences and on each attacks, lives have been lost.

After the attack in Elade, Kenyans asked president Kenyatta to recall the troops from war prone Somalia and instead deploy them to the Kenyan- Somalia Boarder. This came after many soldiers lost their lives and others lost their body parts in the attack that broke up in a military camp. President Kenyatta on response to the calls claimed that Kenyan soldiers in Somalia are the ones bringing peace and their presence in the country was asign of stability to the Somalian government.

The worst attack to ever happen in Kenya. Was the westgate attack and Garissa University attack. Several students lost their lives while in school. This happened after the gunmen took control of the school after killing security personnel that were Manning the institution. The attack coused tension I'm the country but finally they were neutralized by Kenya Defence Forces.

Well,follow us on this channel for more updates on the story. We will update you on number of casualties report. 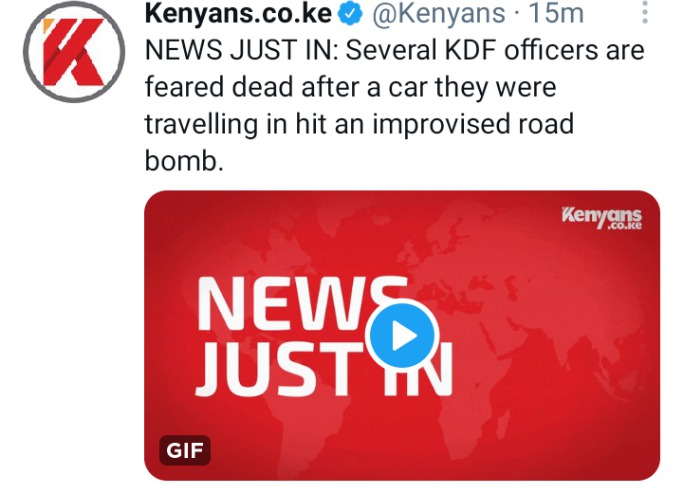