By Ledward (self media writer) | 13 days ago 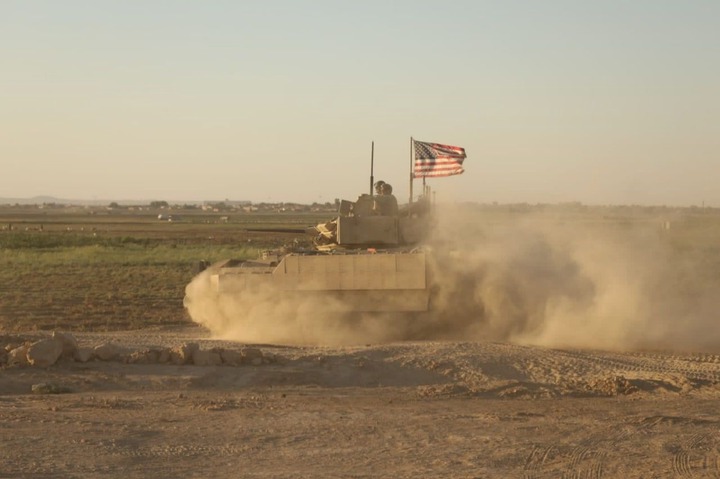 The US has been militarily involved in the Syrian Civil War since 2014 with the sole purpose of fighting terrorist groups such as Al-Nusra Front and the Islamic State of Iraq and the Levant (ISIL). However, beginning in 2017-2018, the U.S. and its partners have also targeted the Syrian government and its allies via airstrikes and aircraft shoot-downs, mainly in defense of either the SDF or the Revolutionary Commando Army in al-Tanf. 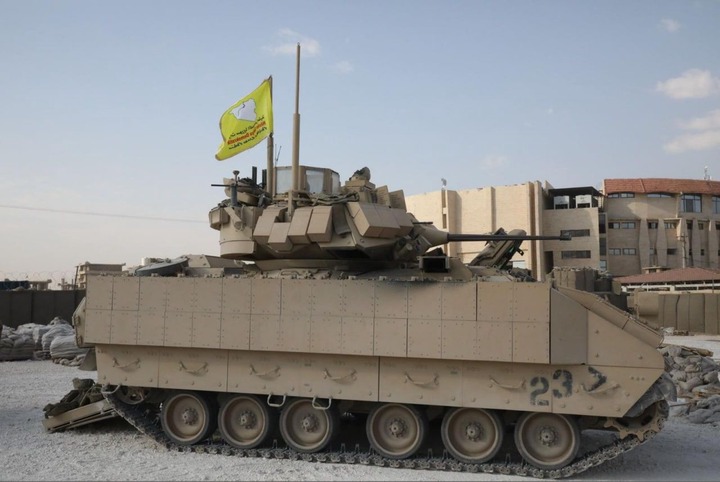 Today, The Ragex News posted a photo on one of its social media page showing US soldiers conducting a patrol in northeastern Syria. The photos were then followed by a statement that read, "Photo of US M2A3 Bradley infantry fighting vehicles patrolling the Kurdish Syrian Democratic Forces occupied territories in northeastern Syria. All armored vehicles are equipped with mounted explosive reactive armor to counteract cummulative ammunition." 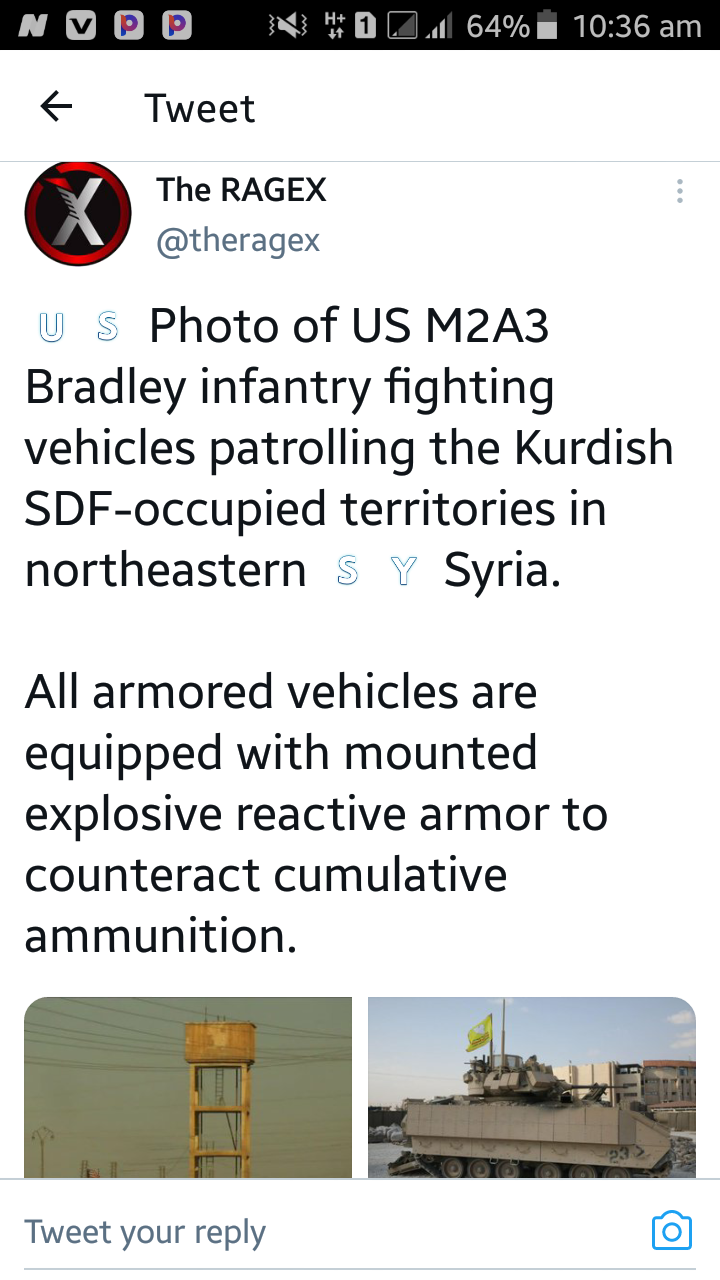