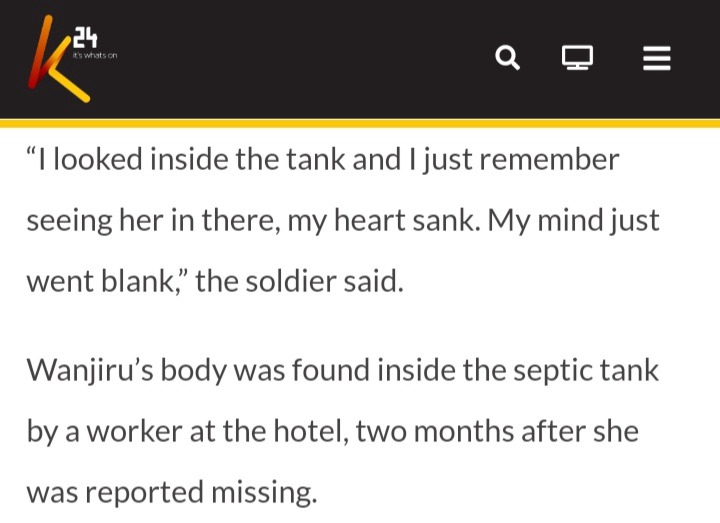 According to K24 television, a soldier has now disclosed how he saw the body of Wanjiru after she was murdered and dumped in a septic tank. The soldier disclosed that his heart sank and his mind went blank. New details have now revealed the execution of Agnes Wanjiru a commercial Kenyan sex worker who was allegedly killed by a British soldier. The British soldier officially admitted that he was the one who murdered the 21-year-old Kenyan under unclear circumstances. Agnes Wanjiru was a lady working in Nanyuki before she met her cruel death in 2012. 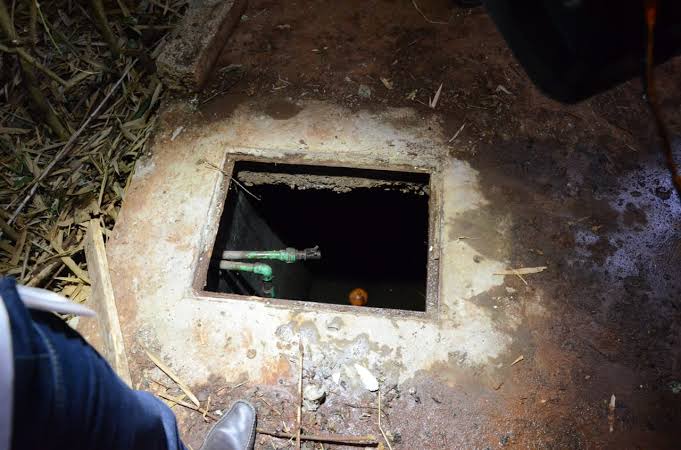 Two months after she was reported to have gone missing, the body of Agnes Wanjiru was found inside a septic tank by a worker who was working at the hotel. Agnes Wanjiru was believed to have been enjoying a beer at the hotel where she was murdered before they worked side by side with the alleged killer and that was the last time she was seen alive.