Somalia based terrorists Al-Shabaab on Thursday suffered a huge blow after they came face to face with highly trained commandos.

According to media reports who quoted Somalia's army chief Odawaa Yusuf Rageh, the terrorists had a bad day after they faced special forces from Somalia's Danab unit.

According to the army chief, at least 20 terrorists were killed during the heavy exchange of fire.

Among the 20 killed terrorists, one of them was senior commanders. The terrorists were put down during an operation that was carried out near Qoryoley and Janaale towns of Lower Shabelle region.

Shabelle Media Network reports the militia group has remained mute over the same.

"Somalia's army chief Odawaa Yusuf Rageh says special forces have killed at least 20 al Shabab militants, including senior commanders in an operation carried out near Qoryoley and Janaale towns of Lower Shabelle region. No word from the group over the claims" read an update from the source. The terrorists had also claimed to have killed two AMISOM soldiers using explosives.

AMISOM Al-Shabaab Odawaa Odawaa Yusuf Rageh Qoryoley
Opera News is a free to use platform and the views and opinions expressed herein are solely those of the author and do not represent, reflect or express the views of Opera News. Any/all written content and images displayed are provided by the blogger/author, appear herein as submitted by the blogger/author and are unedited by Opera News. Opera News does not consent to nor does it condone the posting of any content that violates the rights (including the copyrights) of any third party, nor content that may malign, inter alia, any religion, ethnic group, organization, gender, company, or individual. Opera News furthermore does not condone the use of our platform for the purposes encouraging/endorsing hate speech, violation of human rights and/or utterances of a defamatory nature. If the content contained herein violates any of your rights, including those of copyright, and/or violates any the above mentioned factors, you are requested to immediately notify us using via the following email address operanews-external(at)opera.com and/or report the article using the available reporting functionality built into our Platform 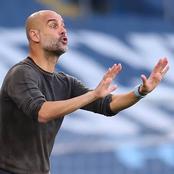 Bibi Ya Mtu Sumu! Man loses Both Ears after Being Caught With Another Man's Wife in The Bush -VIDEO Why Christians Should Be Accountable for Their Words The Massive Turn Out At Raila's Rally Today Senator Omanga Excites Netizens as She Shares This Video of Her Dancing "Anachukua, Anaweka" Hit 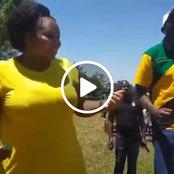 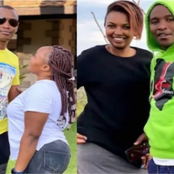 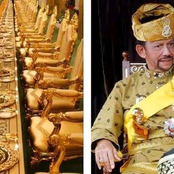 10 new hot Movies you Must Watch. See How People Turned Out At Mwatete To Meet Raila Odinga 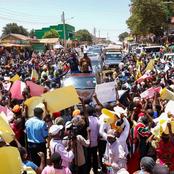