The M23 rebels in Congo have finally decided to lay down their weapons and negotiate with the government after a long fight. The leader of the group issued a letter on Friday where he said that they had decided to consent with the Luanda agreement whose deadline has been set for Friday. 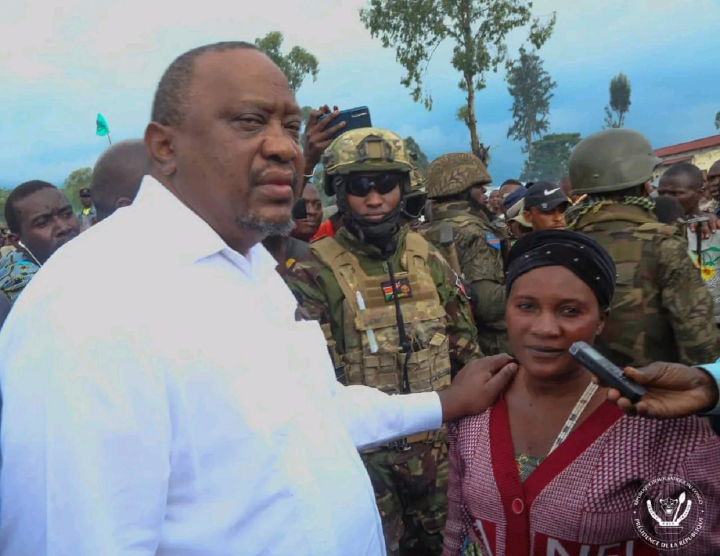 The deal which was dubbed the Great Lakes Cease Fire Deal told the M23 to put down all their weapons or face the brutality of the police. The deal was made in a meeting held in Angola on 23rd November where former president Uhuru Kenyatta was among the top mediators. The rebels in a letter released on Friday evening said that they were agreeing to the deal but gave some conditions.

They first asked the government to keep their word and not to attack them according to the agreement and then send them the mediator who oversaw the making of the peace treaty. Former president Uhuru Kenyatta was among the top mediators and is expected to meet with the leaders of the group for further notifications. 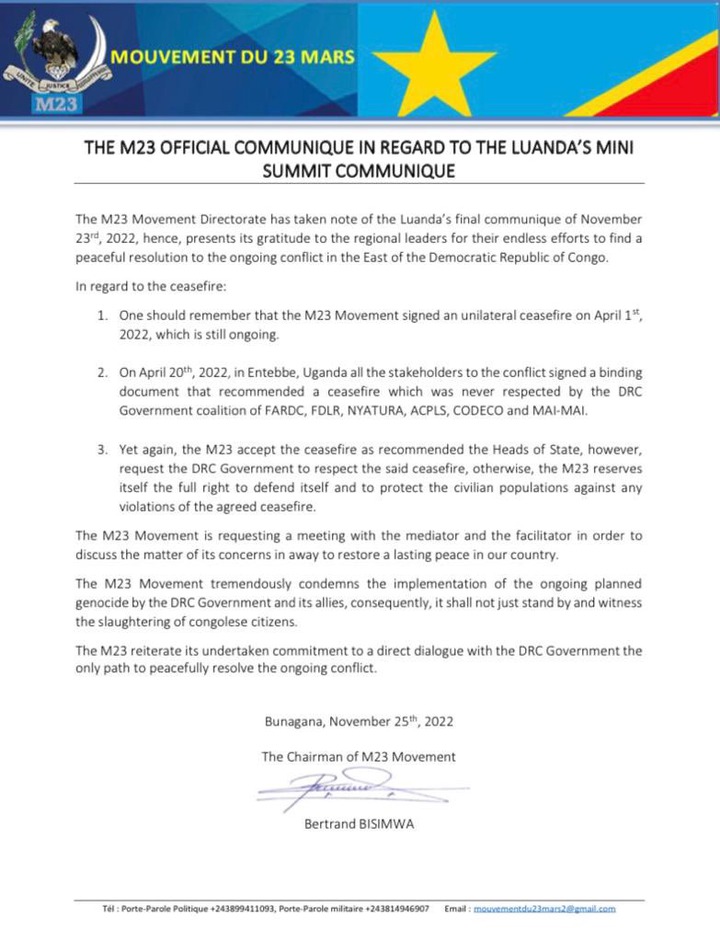 "3. Yet again, the M23 accepts the ceasefire as recommended by the Heads of State, however, requests the DRC Government to respect the said ceasefire, otherwise, the M23 reserves itself the full right to defend itself and to protect the civilian populations against any violations of the agreed ceasefire.

The M23 Movement is requesting a meeting with the mediator and the facilitator in order to discuss the matter of its concerns in a way to restore lasting peace in our country." the statement by M23 read in part.