Meanings Of CGH, EGH, CBS, HSC And Other Awards Given By The President Of Kenya

By HotNews_Ke (self media writer) | 21 days ago 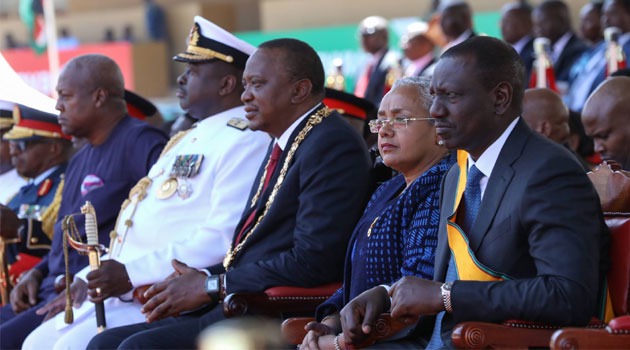 When you look at official documents from COTU Secretary General Francis Atwoli, you will likely see some initials after his name. He signs the following salutations after his name: CBS, EBS, MBS. Similarly, if you go to Jeff Koinange's Twitter page you will find that he has an MBS initial after his name. You might have heard blogger Robert Alai refer himself as an HSC on several occasions. All these are abbreviations of awards that are normally conferred by the president of the republic.

While president has the sole mandate of conferring these awards, he does not be necessarily draw the list of the recipients. He is usually helped by National Honours and Awards Committee in the president's office. To make sure all citizens stand an equal chance to get commended by the head of state, several people are given mandate to look out for exemplary Kenyans. District committees, government ministries, various religious organizations and non governmental organizations are all given opportunity to nominate a deserving candidate of presidential award.

In total, the president is constitutionally empowered to give out nine medals:

1. The Order of the Golden Heart of Kenya.

3. The Order of the Burning Spear.

4. The Order of the Grand Warrior of Kenya.

6. The Silver Star of Kenya.

The C.G.H award is the highest award any civilian can get. The current holder of this award is President Uhuru Kenyatta. He joins a small prestigious group of people to get this top award. They include among others Ugandan President Yoweri Museveni and Aga Khan IV. E.G.H is the second highest honor a civilian in Kenya can get. One of the recent recipients is Kenyan marathoner Eliud Kipchoge. To get any of the aforementioned 8 awards you must have done exemplary service to the country and humanity.

Kirinyaga Governor Anne Waiguru Heaps Praises on DP Ruto, Explains Why He is the King of Mt Kenya