By Isaac_Adungo (self meida writer) | 25 days 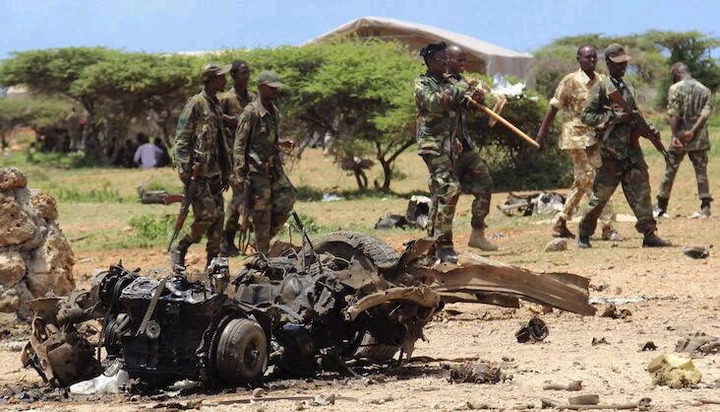 Following an expedite inquest launched by AMISOM on 11 August regarding claims that a contingent of soldiers drawn from Uganda, serving under AMISOM peacekeeping mission in Somalia had killed innocent farmers in lower shabelle region, a day before, in the pretext of being al-Shabaab insurgents, the first phase of investigations has since established that the victims were not terrorists.

During the deadly incident that happened on 10th August, Ugandan troops reported that the al-shabab militia group had suffered great losses after its troops serving under AMISOM's sector 1 tasked to guard Lower Shabelle region dislodged the insurgents ambush that had been laid in waiting. 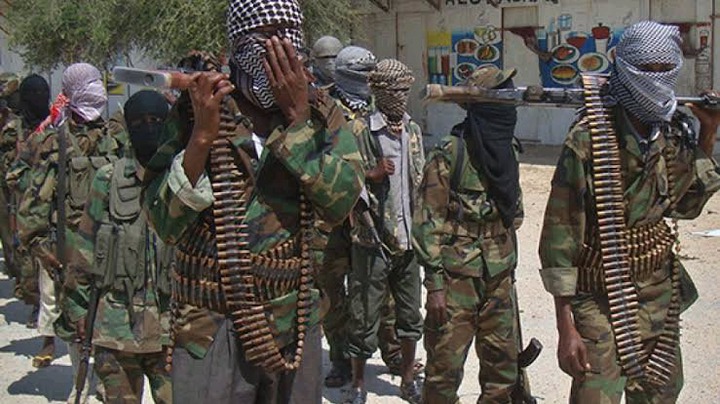 At the time of the deadly exchange of fire, the Ugandan troops were on routine patrol to secure the main supply route between Beldamin-Golweyn forward operating bases in Lower Shabelle.

During the fierce attack, 7 'terrorists' who have now been established to be innocent farmers were robbed of their lives in the fields after Ugandan soldiers mercilessly fired on them as they pleaded for their dear lives.

After killing the innocent farmers, the soldiers then displayed an assortment of weapons including bullets, magazines, a flag and old and worn-out guns as recoveries. 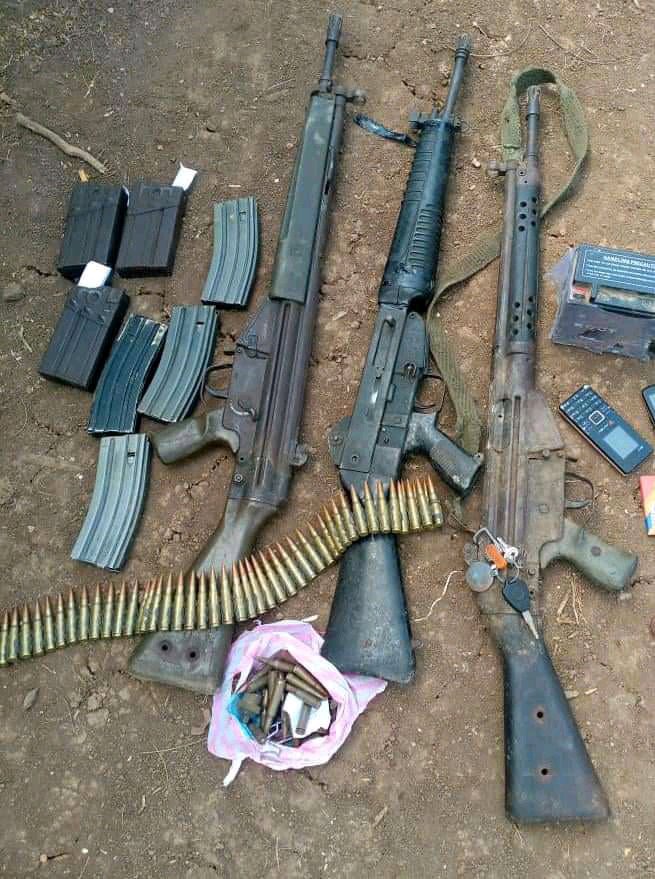 The regional peacekeeping body that is run by the African Union has now formed a board of inquiry to establish the extent to which the AMISOM troops were responsible for the death of the seven and the circumstances.

The goose of the heartless Ugandan soldiers is well as cooked after ugandan authorities in Kampala gave AMISOM a go ahead to arraign the implicated officers in the court martial in Somalia.

The African mission in Somalia (AMISOM) currently, has on board troops from Uganda, Burundi, Djibouti, Kenya and Ethiopia mandated to support transnational government structures, implement national security plan, train the Somali security forces and assist in creating a secure environment for the delivery of humanitarian aid.

Currently, Ugandan troops are deployed in sector 1 which comprises the regions of Banadir and lower Shabelle region. 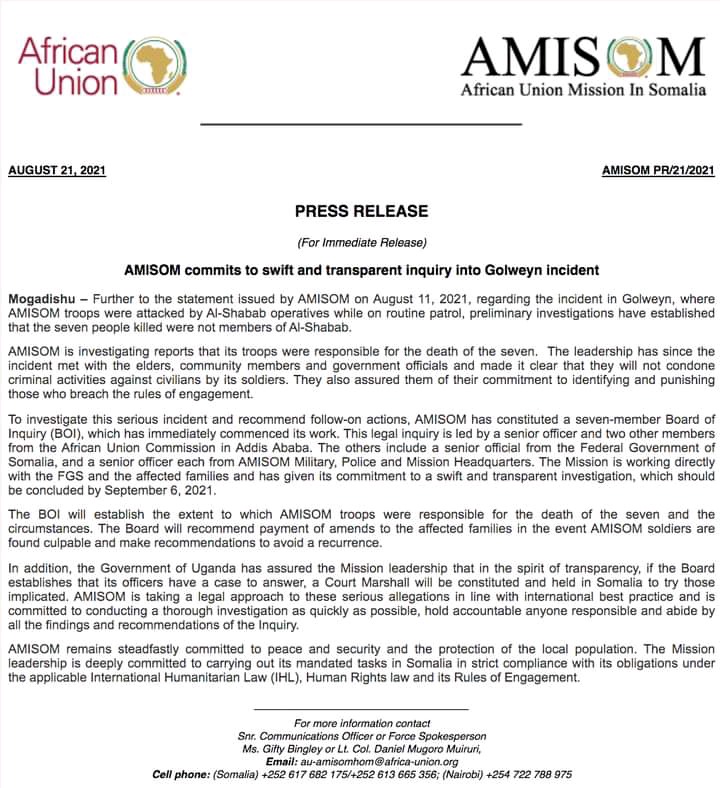