By KrimeExpert (self media writer) | 12 days ago

A soldier from the Kenyan Defense Forces has been rushed to the hospital following an incident that happened today in the evening after an IED Bomb allegedly went off after a KDF Reportedly stepped on it. 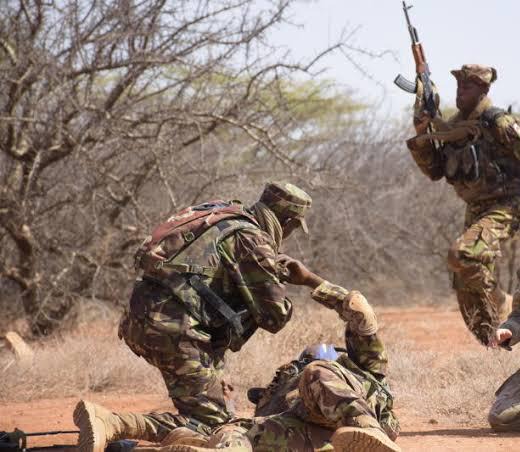 In a news report that has been shared by a reliable source of information, it has been revealed that the KDFs were on an evening mission before one of them allegedly stepped on the bomb by mistake.

This was followed by another tragic incident after it allegedly went off and exploded while the KDFs were trying to look for a safer way of taking it off, from the soldier who had stepped on it.

Onto what might be considered as good and bad News, reports have revealed that one of the soldiers was left in a critical condition after the incident. However, others were lucky enough to have escaped with minor injuries.

According to the reports given by the Kenya Defense Forces, they revealed that the injured victim was airlifted to the hospital and is currently receiving medical treatment in of the KDFs hospitals.

However, the Kenya Defense Forces has revealed that they are not going to give up on their search for terrorists after Revealing that the bomb might have been put in the Middle of the road by suspected Alshabaab Terrorists. 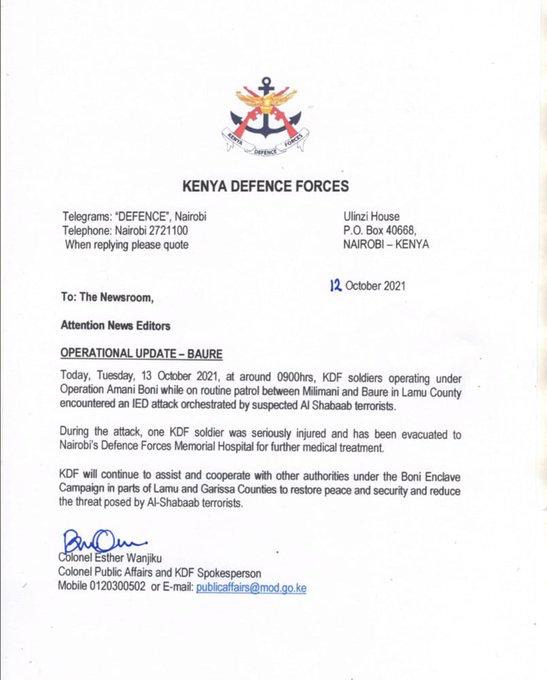 This is happening at the same time when the government has revealed that a number of KDFs have been deployed in Laikipia and Baringo in order to reduce the increasing rate of crime in the region.

In the past few months, a number of residents have lost their lives, properties along with Cattles in bandit related attacks. Due to this reason, the government has revealed that the KDFs along with different security agencies have been sent to the region to flash out the suspects.

Just In: A Truck Bursts into Flames Along The Limuru-Mai Mahiu Road