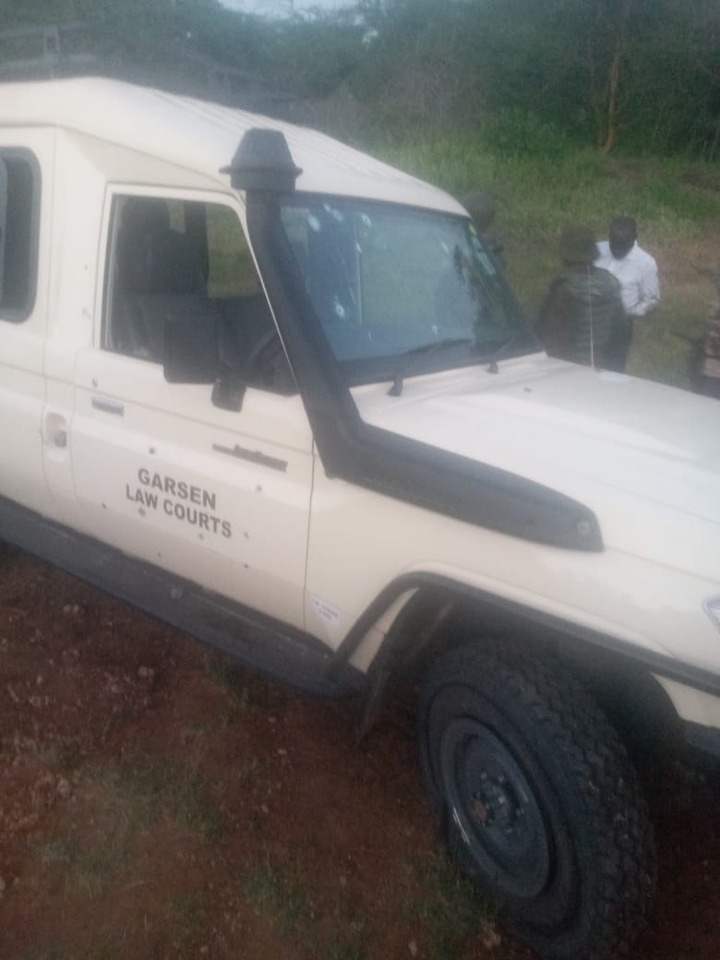 News just in is that suspected Al-Shabaab militants have struck barely less than a week after another deadly attack was reported.

This comes as the security forces intensity their operations in Lamu County in order to flush out the militants who have managed to continuously stage daring attacks in the region.

According to Coast Regional Commissioner John Elungata, as reported by one of the local stations, suspected Al-Shabaab militants attacked a vehicle ferrying 5 court officials spraying it with bullets at Lango la Simba on Lamu-Witu-Garsen road.

This also comes after another similar attack was wi along the busy Garissa-Lamu highway where the militants burned down 8 LAPPSET road construction vehicles belonging to a Chinese construction company.

No further reports have been confirmed about the attack on the state of the officials as well as whether the attackers have been caught.

The Somalia-based terror group has been causing havoc in the past with the Government also increasing its security operations to ensure the safety of Kenyans in different parts of the country. 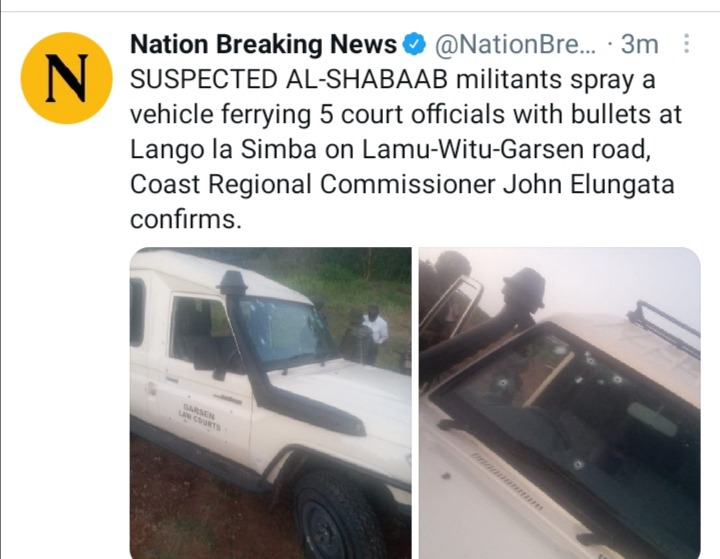 RIP: Sad News As A Governor Commits Suicide And Leaves Behind A Note

Why Most Youths Are Struggling With Depression Nowadays

Sultana: Kokan Finds Major Jabali In His House With A Sad Face