By Presswriter (self media writer) | 10 days ago 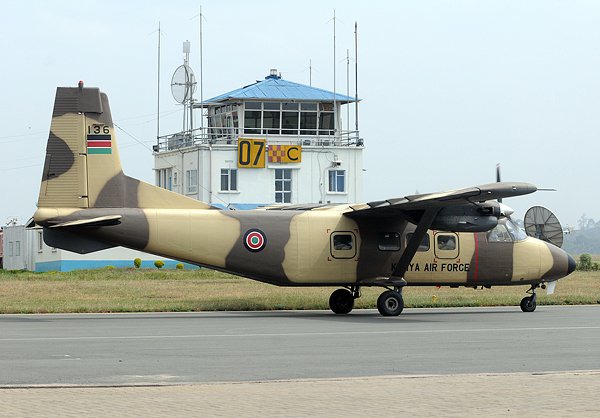 While Kenya boasts of having one of the most powerful military and air defence, when looked from within, you might get surprised to find out the time when those military aircraft were manufactured and how the country acquired them.

Despite its superiority in air defence, most of the military aircraft operated by KDF are not first hand but rather bought when the other country's military retires them.

In 2012 for instance, it is reported that Kenya acquired 8 used F-15 jet fighters from Israeli government. In February 2020 again, The Star reported that Kenya was in the process of acquiring C-27 Spartan aircraft. After a long time of negotiation between the US and Kenya, KDF officially received 3 C-145 Skytruck on April, 2021— these are used Military aircraft too.

But why would Kenya and many other low-income countries choose to military aircraft being retired in other high-income countries like the US, Italy and Israel? Here are some of the possible reasons.

1. Kenya do not have the capability of manufacturing their own Military aircraft, and acquiring them from a powerful country capable of doing so like the US involves complex processes of approval. Some countries allied to the US are advantaged more than others. In Middle East, for instance, there is a requirement by the US for Israeli to have a better military advantage over other Middle East countries due to security concerns.

Fresh military aircraft from the factory is way too expensive compared to refurbished ones. Combined with low GDP, there is doubt that Kenya has not reached a position which it can purchase new military aircraft without adversely affecting its budget.

3. Kenya has no serious security threats compared to many other risky nations especially in the Middle east, Aisa and some countries in South America. Again, it is not a regular target for militants. It, therefore, makes no sense to invest a lot in building up the military when the money can be invested in other productive areas of economy.

While Kenya Airforce majorly buys Secod hand jets and other military artillery, it is important to understand that before being approved for use by Kenya's military, the aircraft will have to undergo testing which is done by Kenya Airforce special unit— KDF's Airforce squadron unit.