By Enmulatya (self media writer) | 1 month ago

An early dawn attack by Al-Shabaab jihadists on Tuesday left several people injured, according to a local witnesses and a police commander.

The African Union base which was attacked in Somalia near Ceel Baraf, a village about 160 kilometres Northeast of Mogadishu,housed mostly soldiers from Burundi. The peacekeepers attacked back by dispatching helicopter gunships. 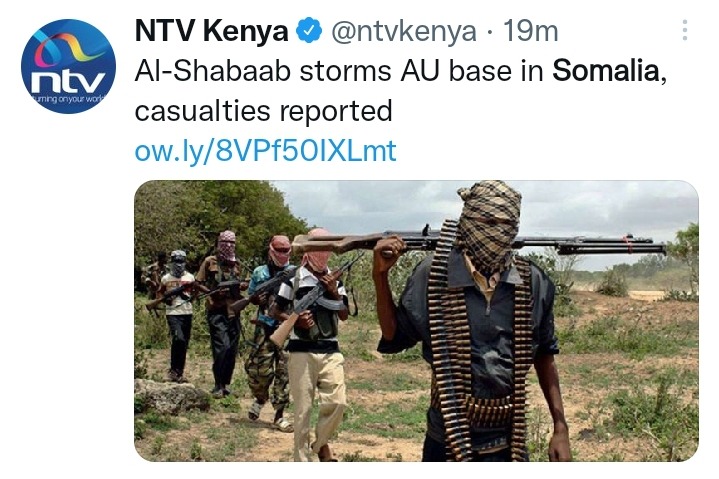 Local police commander Mohamed Ali had the following to say concerning the attack, 'There was heavy fighting and casualties inflicted on both sides, but we don't have more details about this incident so far. They launched the attack with a car bomb blast before a heavy exchange of gunfire broke out'

The Al-Shabaab later released an official statement claiming the attack. They went ahead to state that they had killed dozens of Burundi soldiers. 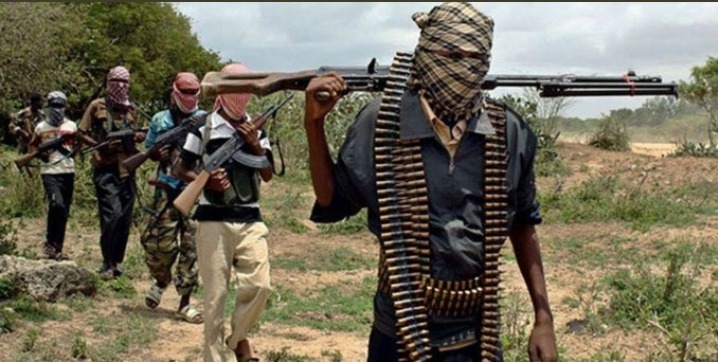 Several witnesses, who are local residents of Ceel Baraf gave their side of the story regarding the attack. Weliyow Maalim said that the Al-Shabaab stormed the camp early in the morning. There was a a heavy exchange of gunfire, and the Burundi soldiers vacated the camp and entered Ceel Baraf. Helicopters later arrived and offered aerial support. 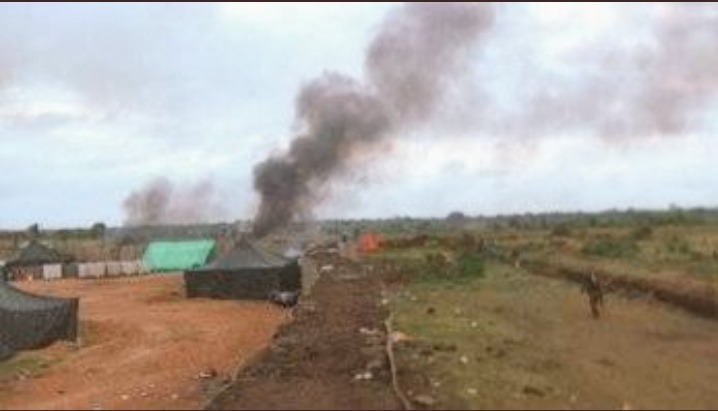 The helicopters attacked and they saw smoke rising up the sky. We are yet to exactly know about the situation. Another resident, Ahmed Adan added.

May the souls of those who lost their lives fighting for peace rest in peace.

Content created and supplied by: Enmulatya (via Opera News )

Wiper Party Aspirant Involved in an Accident Along Mombasa Road