Is This A Curse? The Latest Incident In Haiti That Will Leave You Shedding Tears

By Reporting4MogsonTV (self media writer) | 9 months ago

Politics is a dirty game. Sometimes it is risky. There are some people who have been assassinated because of politics. The latest example is the president of Haiti. His Excellency President Moise was killed by armed people in his residential home last month. 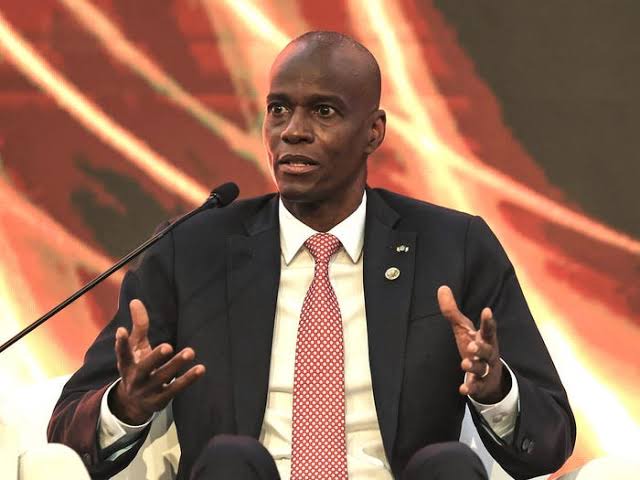 He was shot twelve times and had bullet wounds to his forehead and several to his torso. The death of Moise was a huge blow to the people of Haiti. 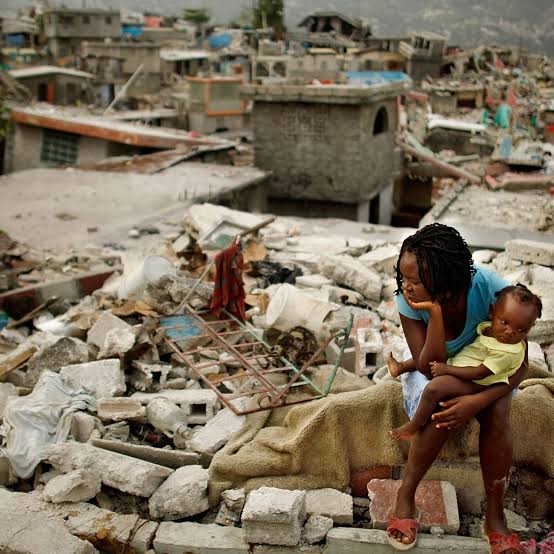 Few days downline, the people of Haiti are crying for help. The country has been hit by a tropical storms and earthquake. According to the country’s Civil Protection Agency, the number of people who have died due to earthquake has reached 1,419. The number of those who have been injured is more than 6,000. 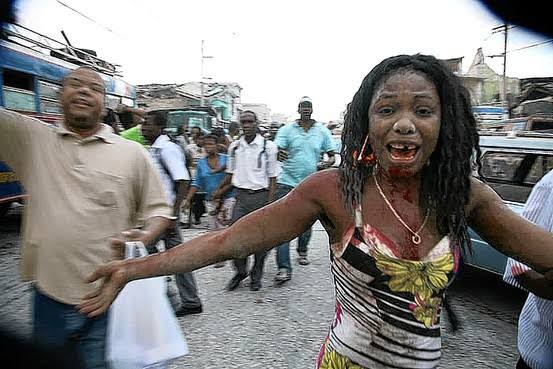 Heavy rain and strong winds whipped at the country’s southwestern area which was already hit hardest by Saturday’s quake. According to the country's Prime Minister Mr Ariel, the people of Haiti are in exceptional situation. Hospitals have been detroyed by the earthquake. 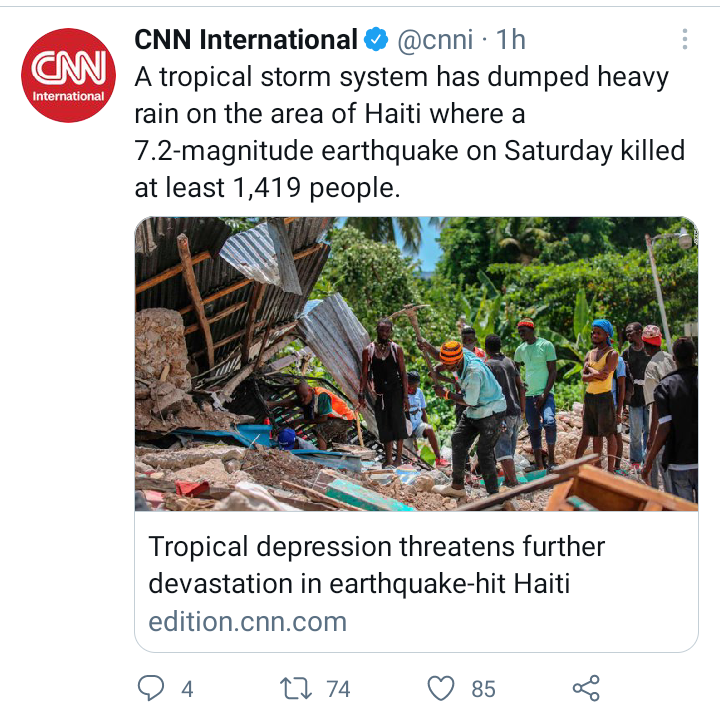 "We had planned to put up tents (in hospital patios), but we were told that could not be safe," said Gede Peterson, director of Les Cayes General Hospital.