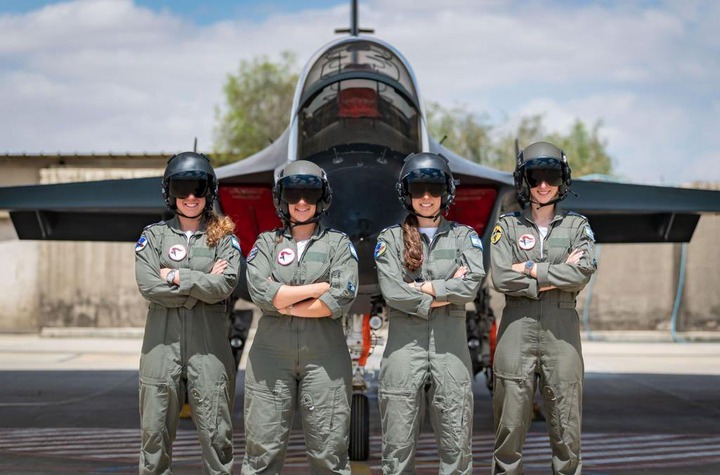 The Israeli Defense Forces are the military forces of the state of Israel. They consist of the ground forces, air force and navy. It is the sole military wing of the Israeli security forces and has no civilian jurisdiction within Israel. The IDF is headed by its Chief of General Staff, subordinate to the Defense Minister of Israel. Lieutenant General Aviv Kochavi has served as Chief of Staff since January 15, 2019.

Today, reports emerged of the graduation of four women from Israel Air Force pilot's course. Out of the four women only one will become a fighter pilot. She will be the first female fighter pilot in Israel in over four years.

According to a statement by Anna Ahronheim, a military and defense correspondent for the Jerusalem Post, "Four women graduated from the Israeli Air Force pilot's course today. One of them will be a fighter pilot, the first time in over four years. A total of sixty-two women have completed the course, four of them fighter pilots, twenty-four navigators, twelve helicopter pilots and seven transport pilots." 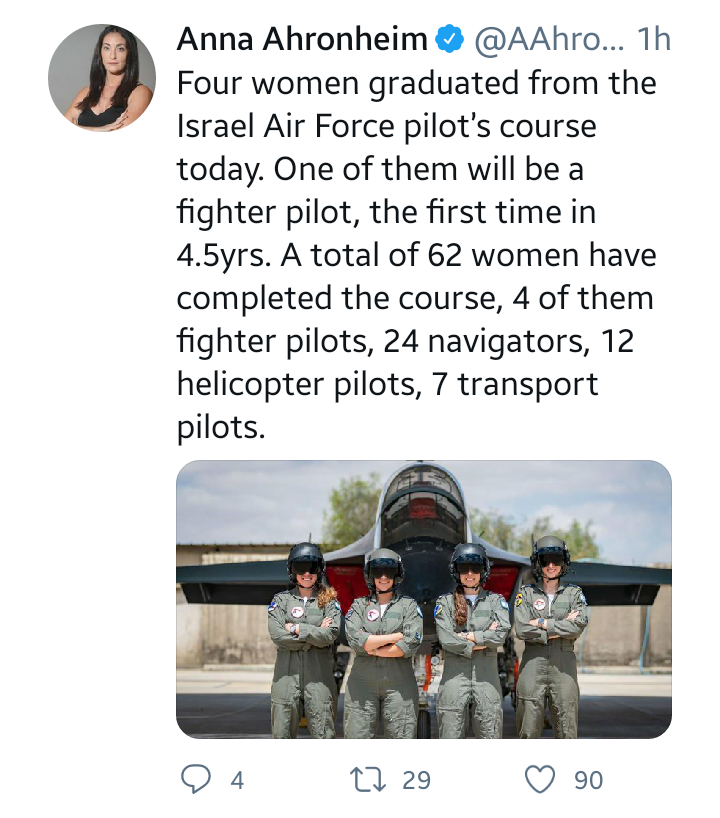 God is Good: Hopeless Student Who Scored 304 Marks in KCPE Saved from Training as Mechanic

Confusion As Police Clash With Family of Headteachers That Burned Alive