By Dailyupadates (self meida writer) | 1 months

There was a panic mood at a place known as Koromey center which is few meters from Mandera town in Mandera county after suspected Alshabab militia launched an attack.

According to the source, the incident occurred early today in the morning after several people suspected to be from the dangerous militia of Alshabab ambushed people who were working at a construction site before they began opening fire to them.

Reports indicated that one N.P.R was killed in the incident while two others were left nursing bullet injuries. The men went ahead and burnt the escalator which was working at the construction site before they disappeared.

Police officers were informed and came to the scene to rescue the situation though the militia had already disappeared. The officers are on the run to arrest them. 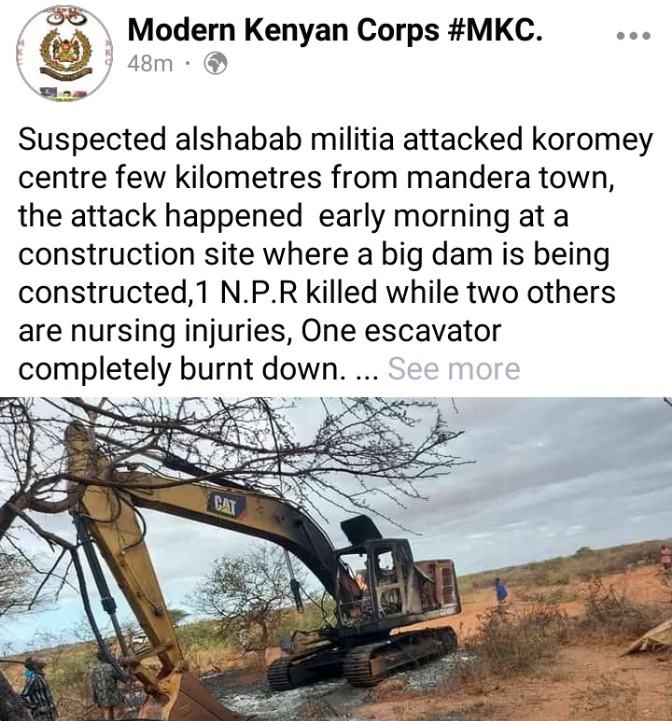 The victims were rushed to the hospital while the body was collected to the morgue. Residents appealed to the government to deploy more security personnel in the region to fight against the militia group that gives them sleepless nights. 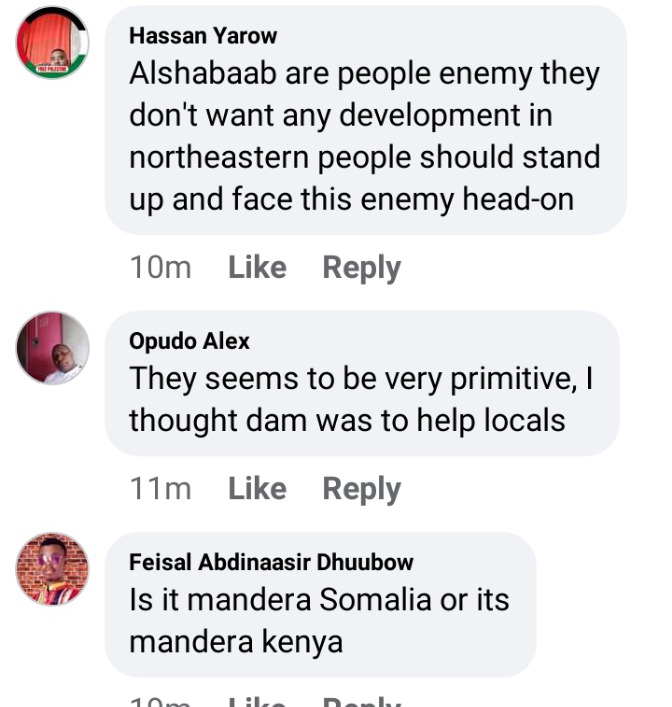 Content created and supplied by: Dailyupadates (via Opera News )

Two Feared Dead In A Grisly Accident After A Lorry Overturned Into A Ditch In Mavuti.(Photos)