Kenya army ranks and salary you ought to know

Have you been wondering how much the Kenya Armed Forces Earn monthly or even their Ranks and Symbols? If yes, then this informative article is for you. You will be given detailed information about Kenya Army Ranks, Symbols, And Salaries of the officers that are gifted to protect us from external attacks . 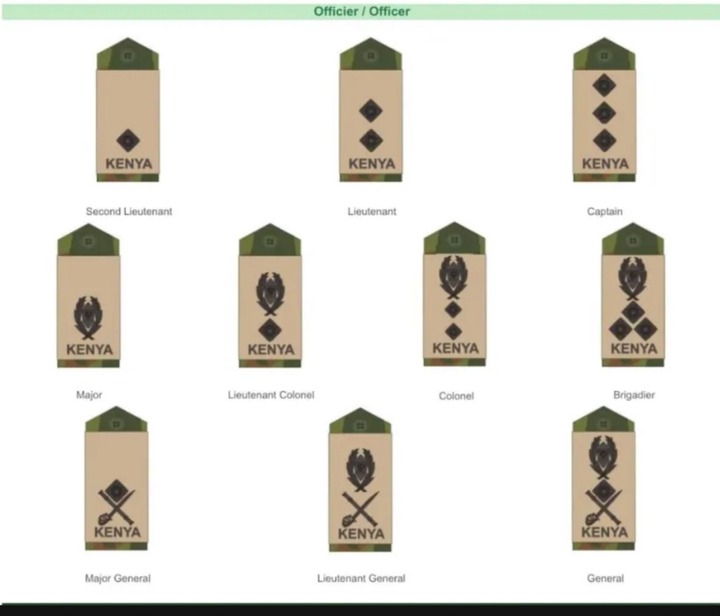 the top rank in the Kenya Defense Forces.here this person is the leader of all and earns most amount of money. This is the senior-most rank, holding positions such as the Vice Chief of Defence Staff, Chief of Defence Staff, or General Staff. Only one person can hold the General position at a time.he or she is estimated to be earning as much as 800 000-900 000 kenya shillings

is in charge of Corps sized formations and is second most important rank in Kenyan Defense Forces.he or she is the second in command after the general.estimated earnings are almost half a million and up but doesn't go beyond 600 000 - 700 000 thousand ksh. 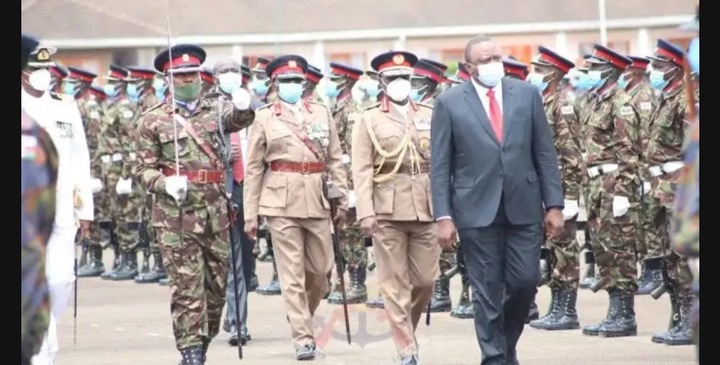 A Major General is in charge of divisions and senior staff appointments. They are in charge of promotions in the military and are at times referred to as two-star generals. Major Generals can be promoted to service commanders. Earning a total of 100 thousand to 150 thousand kenya shillings per month.

It is a Field Officer Rank. As a brigadier, you will be in charge of a brigade .Brigadiers command a brigade or sometimes are chosen as directors of operational capability groups such as a director of staff.earning between 150,000 -200,000Ksh 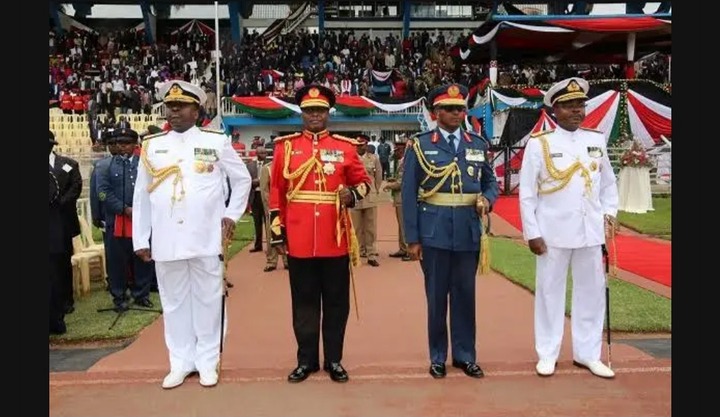 Soldiers in this rank can be charged with the responsibility of commanding a military institution such as the Recruits Training School.In this rank, you will not be a field commander, but in the lowest of the staff ranks. You will be a senior operational advisor to the senior officers as well as serving as a staff officer between field commands at brigade or battalion level.they receive a monthly income of 120,000- 150,000ksh

It’s a rank you will hold for two years, commanding 5 sub-units that have up to 800 soldiers. You will be responsible for their overall operational effectiveness in general discipline and military capabilities.having a monthly salary of 100,000-130,000 ksh

You will gain promotion to this rank after around 10 years of outstanding service and leadership skills. You will get to command a sub-unit of about 100 soldiers and officers. You have the responsibility for administration and training your sub-unit both on operations and in camp and also managing their equipment. Earns about 100-105,000 thousand ksh 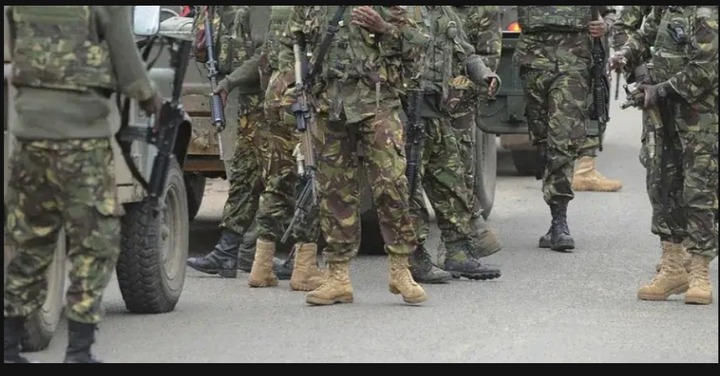 They are second in command of a subunit of up to 120 soldiers. They are majorly involved in the planning and decision-making process with tactical responsibility for operations on the ground as well as equipment maintenance, logistic support, and manpower. The net earning of a captain is around 70 thousand to 85 thousand kenya shillings. 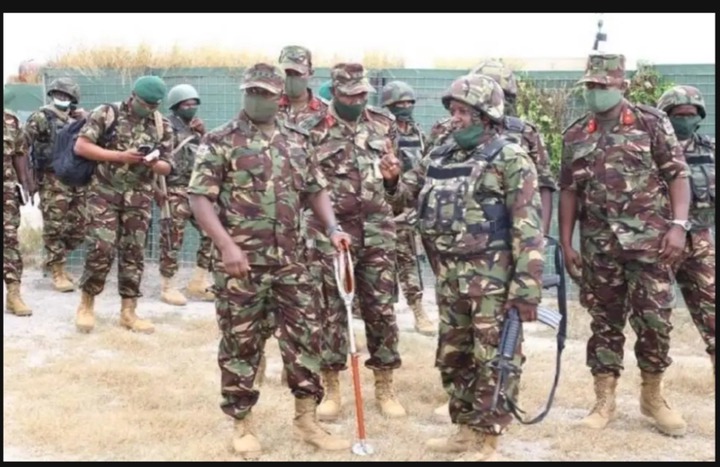 Officers attain this rank after serving for three to five years. They will be in the position for three years with an opportunity to gain more specialized skills out of your unit. Afterward, they will have the responsibility of leading up to 30 soldiers in a troop or platoon.earning an estimated cash of 20,000 to 30,000 kenya shillings .

The starting Kenyan Force Defense commissioned rank after training from the cadet section. Usually it is held for up to three years, during which you you will have to pass special training. A Second Lieutenant is responsible for up to 30 soldiers.earning a total of 9000 to 11 000 ksh after rank upgrade from a cadet officer.

this is a rank held after coming out fresh from training in the training sector This is also the lowest sector in the army before moving to the second lieutenant.earning a total of 5000 to 7000 ksh before upping his or her rank for more salary increment.

Just In: Family of Serial Killer Masten Wanjala Refuses to Bury His Body