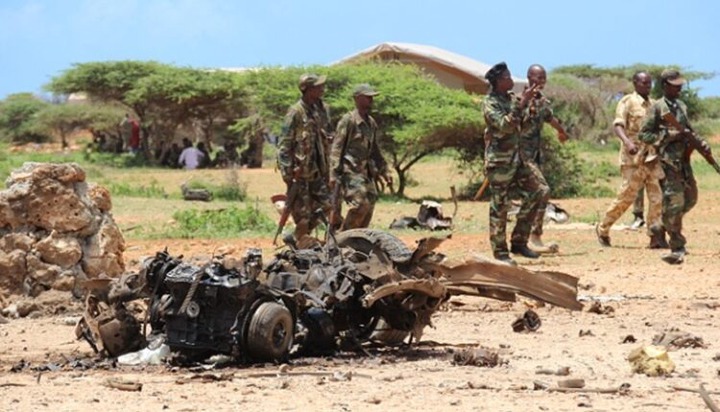 The Somali National Army (SNA) fraternity has plunged into mourning after the killing of a top commander.

A top military commander Yasin Abdi Tohow who has been leading in the fight against Al-Shabaab was on Saturday killed.

Media reports from Somalia said the army commander was killed after the military vehicles he was travelling in ran over an improvised explosive device (IED) while at Gololey on his way to Jowhar town in the Middle Shabelle region. 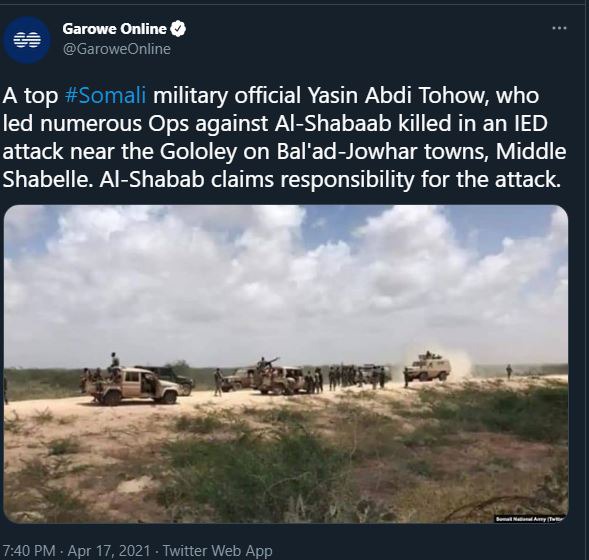 "A top #Somali military official Yasin Abdi Tohow, who led numerous Ops against Al-Shabaab killed in an IED attack near the Gololey on Bal'ad-Jowhar towns, Middle Shabelle. Al-Shabab claims responsibility for the attack," read an update from Garowe online.

Another source, Radio Dalsan quoted eyewitnesses who said the military vehicles hit the IED shortly after noon, leading to several casualties, one death and several injured

Several IED attacks have been recorded in the recent past, most of them targeting government officials and security forces.

RIP: Dark Day To The Nation As Death Strikes Again Taking Away A Police Officer

What Most People Don't Know About Gaza And Hamas

8 Prayers No Evil Can Withstand

War Escalate as Israel Does This To Lebanon

Here Is Where The Israel-Palestine War Started