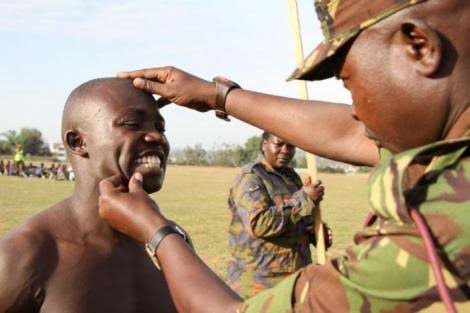 A Kenya Defence Forces soldier was on Monday 29th November 2021 convicted to five and a half years imprisonment by a Court Martial sitting at Lang’ata Barracks after he was found guilty of engaging in recruitment malpractices.

Reports received at the court showed that on 4th April 2021, Kiptum obtained Ksh 300,000 from Charles Kipkorir promising to secure a position for his son on the then ongoing KDF recruitment. 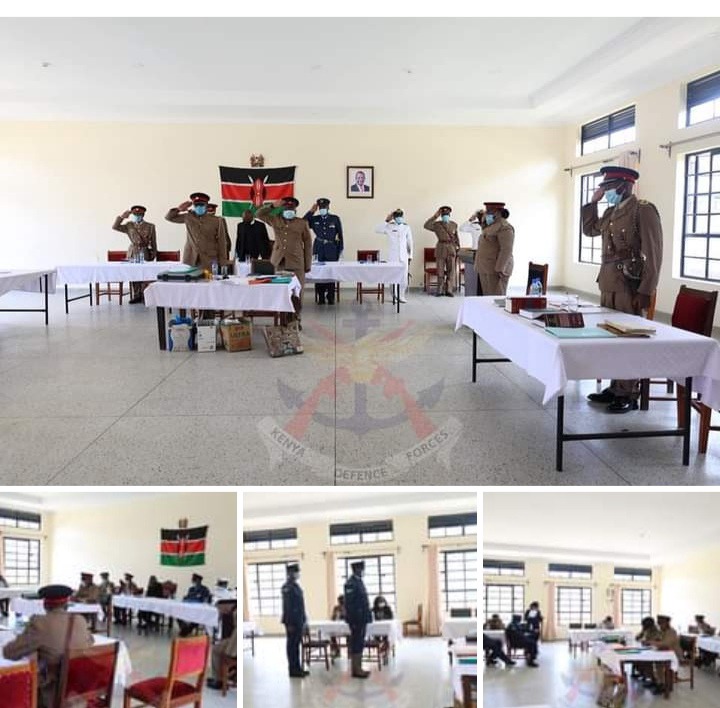 He was also found guilty of obtaining Sh102,500 from Brian Kipkemoi on the same day pretending leading him to be convicted to two years in prison.

Further, Corporal Kiptum was sentenced to a year in jail for issuing a fake calling letter to the complainant, an act he ought to have known constitutes a criminal offense.

He was also slapped with an additional six-months in prison for deserting his place.

Kiptum before his arrest on 3rd May, 2021, is said to have deserted his place of work for 90 days without official leave.

The Magistrate directed that all the charges run concurrently and granted the accused 14 days to lodge an appeal if dissatisfied with the decision of the court. 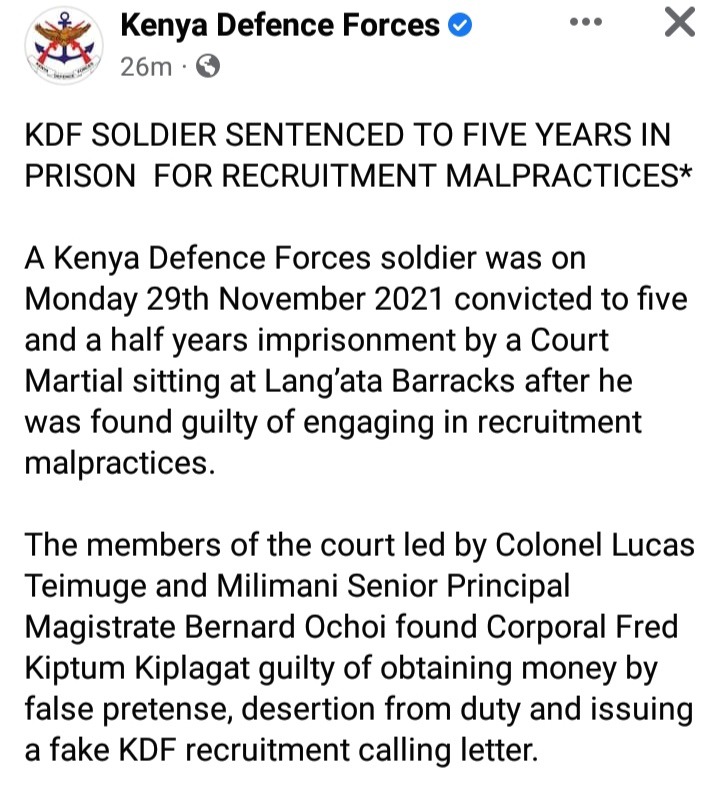 Another African President Held Under Siege, Now In Hands Of Military