Celebrations As Over 200 Al-Shabaab Are Killed, 4 Towns And 8 Villages Liberated From Their Rule 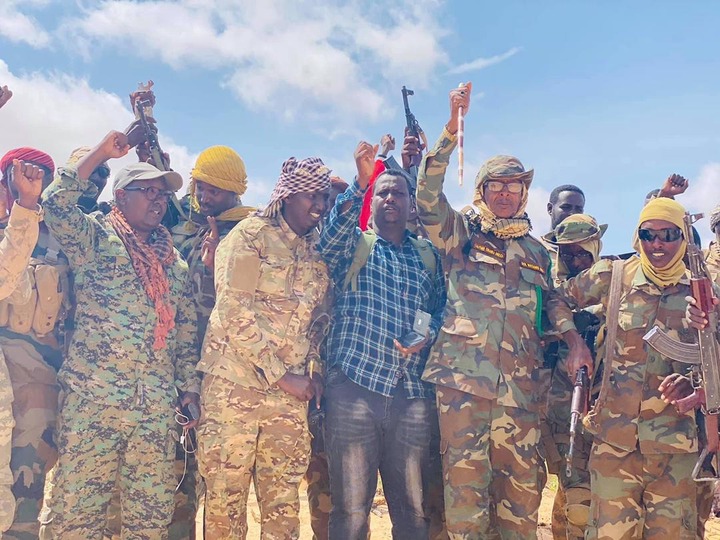 The Somali National Army (SNA) and the Galmudug’s regional forces are celebrating after a successful three-week anti-terrorism operation.

Speaking to a local daily, the SNA ground forces, Brigadier General, Mohamed Tahaliil noted that the operation to end terrorism in the Southern Mudug was successful after four town and eight villages were freed from the Somali-based militia group.

More so, the operation saw over 200 Al-Shabaab militants being killed.

16 of their operation bases were all destroyed in a moved aimed at weakening them.

"The commander of #Somali National Army’s ground forces, Brigadier General, Mohamed Tahaliil has today announced that the operations to eradicate terrorists in Southern #Mudug region have ended with huge victory and #Harardheere is the last town in the hands of Al-Shabaab," reads a statement from the Sntv News.

This is a huge victory in the fight against this militia group that has constantly caused trouble in Somalia.

Recently, the Al-Shabaab attacked a bus full of football players leaving some of them seriously injured.

In the recent past and the last, the group has been targeting government officials, the military and other police officers.

Mostly, they make use of roadside IED bombs to attack their targets, a moved that has claimed lives of many Somali nationals.