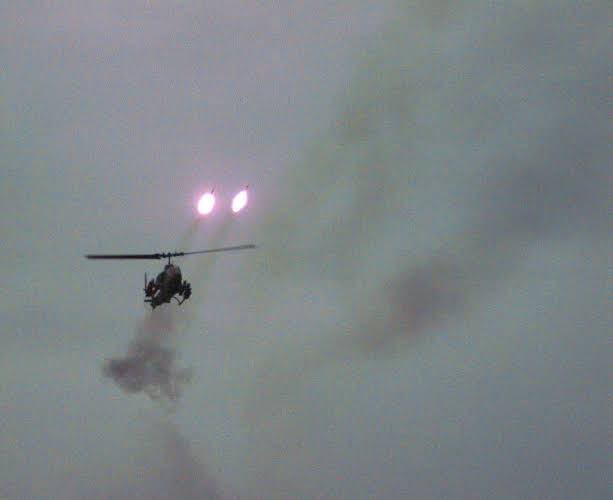 Burundian soldiers operating in the ravaged lands of Somalia under the African Union were today ambushed by dozens of Al Shabaab Jihadists who launched a passive aggressive gun fire attack in the wee hours of the morning.

According to Garowe Online - a local media station based in Somalia, the soldiers were caught off guard as most of them were still asleep at the time of the attack. 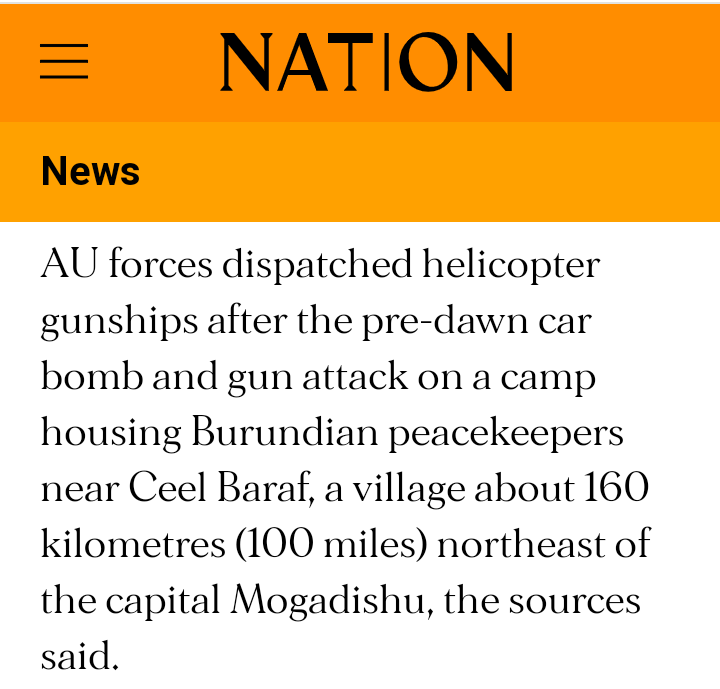 According to reports, the soldiers would not have narrowly escaped the unexpected onslaught were it not for the heavy gun ships dispatched to the base by the AU forces command center.

The heavy helicopter gunships arrived in time providing air reinforcement to the Burundian soldiers enabling them to escape the camp to neighboring villages. Eyewitnesses said that the gunships bombarded the entrance to the camp preventing any farther entry by the insurgents.

Though the exact number of casualties has not been revealed, a statement from the militia groups claimed that dozens were killed.