RIP: KDF in Mourning After the Sudden Death of Its First Vice Chief of General Staff, General Munyao

By pmeja (self meida writer) | 2 days 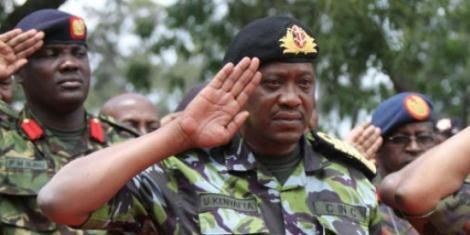 The Kenya Defence Forces (KDF) fraternity has plunged into mourning after the passing on of former vice chief of General staff (CGS) Lieut. Gen. Jackson Munyao.

General Munyao was the first Vice Chief of General Staff, serving in the post in the year 1996, the post that had been created under the chief of General staff under David Tonje.

It is not clear what caused his death.

Via Twitter, Kalonzo expressed his heartfelt condolences to the deceased's family and friends. 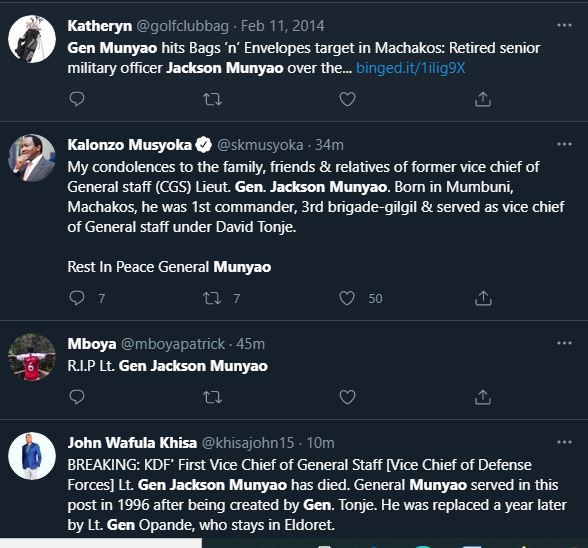 Muhoroni Saga: Man Stabbed Badly at a Burial Ceremony in Muhoroni Over This Reason [VIDEO]